Janet Ndomahina's Tips on Foods That Help You Lose Weight 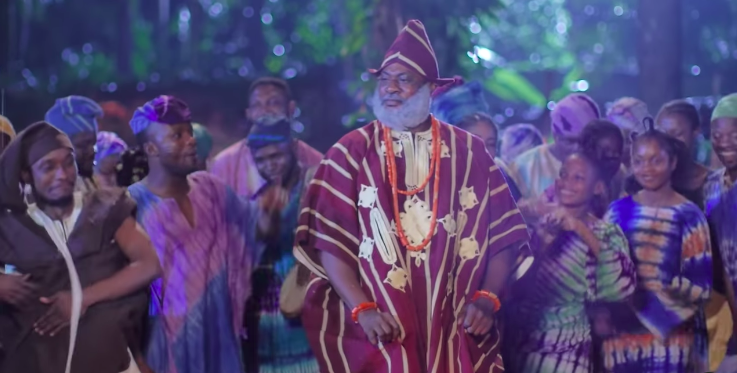 A few days ago, it was revealed that the yet-to-be premiered film will make its international debut at the Toronto International Film Festival (TIFF) in September 2022. The film, which is based on true events in Nigeria in 1943, will be the first Yoruba language film to be included in the coveted special presentation category.

Set in the Oyo Empire, between sunset and sunrise, the king’s horseman, Elesin Oba, must commit ritual suicide to follow his deceased king into the afterlife. His best intentions are derailed by his sexual desires, which lead to catastrophic consequences and end in a deadly clash with the British rulers of the day. The horseman is unable to fulfil his ultimate commitment to the king, leaving his spirit to roam the earth, spelling doom for the land and its people.

Production for “Elesin Oba, The King’s Horseman” began last year, and the film is among the multi-title agreements between Netflix and EbonyLife Studios.

Watch the video below to learn more about the cast and their respective roles:

The executive producer of “The Kings Horseman”, Mo Abudu talks about acquiring rights, partnerships and the film’s language

As The Kings Horseman’s moral compass, Iyaloja, Shaffy Bello is the only one who questions his desire to take a young woman as his wife in the hours leading to his ritual suicide

Elesin Oba enjoys life to the fullest. His love for the finer things in life – food, fun and women cannot be abridged. He is a storyteller and he loves to dance

The irresistible beauty of the young bride derails The Kings Horseman from a very important generational and spiritual transaction between the unborn, the living, and the dead

Olohun-Iyo plays the companion, moral compass, and spiritual guide of Elesin Oba. His emotion-laden songs tell of his closeness to The Kings Horseman and the regret of his potential loss to the afterlife

Olunde is The Kings Horseman’s heir in a spell-binding film of emotions, humour, and tragic role reversals that puts ancient beliefs and customs on trial

Serving under Pilkings to police the local population, Amusa is a testy and insecure colonialist police officer who is keenly connected to his local religion and culture

As social commentators on the sidelines, Madam Bola and Madam Taiwo enjoy the status that comes with winning and dining with the colonialists. They are an amazing duo to watch out for in “The Kings Horseman”

Cocky and egotistic, the Resident, Langley Kirkwood is dedicated to prosecuting all the wishes of the English Empire in the colony alongside an aide-de-camp, Faris Boulos (aka Oyibo rebel) who has an overzealous disdain for the locals