In this conversation, “Black Panther: Wakanda Forever” stars Danai Gurira (Okoye) and Letitia Wright (Shuri) and Tenoch Huerta (Namor) talk BellaNaija about how they felt after reading the script, lessons about dealing with loss and grief from shooting the film, and some of the other characters they resonated with the most.

What was the first thing that came to mind when you read the script?

Danai: Hmmm… that it was going to be epic. That it was extremely ambitious. And I admired bringing in another indigenous culture that was going through its own struggles. It was the parallel in the Black and Brown indigenous stories that I thought was very powerful. And of course, how it honoured Chadwick (Boseman).

Letitia: Similar. I thought that it is a beautiful way to honour our brother. I love the expansion of the worlds and the characters and the introduction of new worlds and new characters.

Tenoch: When Ryan explained to me what this new version of Namor was about and how they built his world. It was, for me, the perfect way to introduce this character and his world. It was so exciting.

So, Tenoch, how does it feel like bringing this (more than 80-year old) character to life?

Tenoch: It was tricky because this particular character was inspired by the Mesoamerican culture, especially the Mayan culture. So, first, it was to make a good and proud representation of my roots. And on the other hand, it was how to create this antagonist who is not a villain but at the same time, is not on the side of the protagonist(s). It was a fantastic and delicate process trying to bring all the pieces together when building this character. Letitia, this film explored the dynamics of the mother-daughter relationship, away from the father-son relationship explored in the first film. Why do you think that was important?

Letitia: Ryan (Coogler) and Joe Robert Cole are the best people to answer this question. But I’d say, we see how a family that’s so close is affected by the loss of their son and brother; and naturally, when you’re dealing with grief, the person you’re sharing that experience with will be the person that’ll guide you through it and give you advice. It was natural. It just felt like it made sense to tap into the worlds of these characters that loved and knew T’Challa so well. And to see how they’re dealing with it as mother and daughter.

In the first film, we saw how T’Challa was dealing with the loss of his father and now we see that replay a little bit for Shuri and Ramonda… both of them having to process two losses. It’s only natural for them to go through that together. What lessons did you learn about dealing with grief and loss from shooting this film?

Danai: What I learned was that my character likes to be in control and I realised that during this tour, we were exactly the same: I like being in control, she likes that too. I felt disoriented and displaced, and she’s disoriented as well. And it just hit me that, you have to let go, lean on support, and be honest about where you are and what you need. You can walk through grief trying to be in control, but at the end of the day, the vulnerability will have to take control for you to actually get through it.

Letitia: It takes time. And it’s better out than in. Your emotions are better released than held in. Because holding it in can be destructive and releasing it helps you on your journey to being free.

Tenoch: For me, it was different. I guess because I never met Chadwick or experienced what his presence meant personally, but I could learn from him through these people. However from my perspective, you can do two things: fall down and immerse yourself in grief, which is okay. It’s okay. But then when this goes behind, you can do something beautiful with it. You know, you can create art, you can create a better relationship with your friends and family.

So, when life is throwing garbage into your face – bad moments, bad experiences – you can transform them into flowers and give back beautiful things to people. From my point of view, I was like “this group of people, they’re doing their best and they made this fantastic movie – this piece of art – which is not just science fiction or any superhero movie, but really deep and human.” 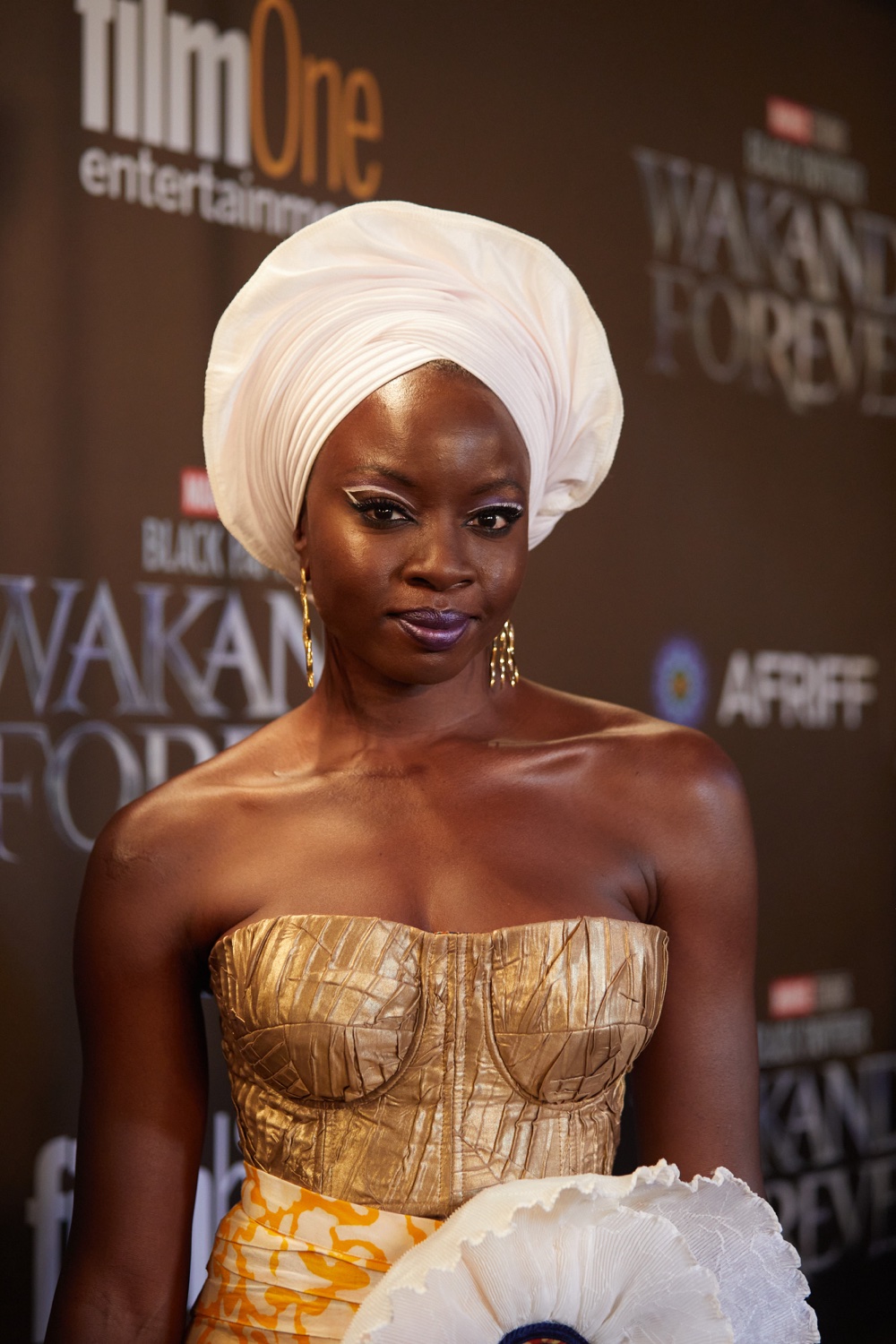 Apart from your character, which other character did you resonate with the most?

Leitia: I resonated more with Riri Williams a.k.a Ironheart. It was a fresh perspective of another young, Black woman who is intelligent and funny. I just really liked what she brought to the screen.

Danai: I resonated with so many people. Ironically, I really respected the line that the Queen had to walk in terms of how she was trying to save her nation and I think because my character was also trying to do that. But her responsibility was that of ultimate leadership and mothering at the same time. And also how she had to keep the Western nations in check and also do some hard things, even to my own character. I really respected that, and even the heroic arc of her character in the film. It was beautifully played by her and beautifully shot.

Tenoch: The same. Queen Ramonda is such a great character. I admired how she went through all she did, and was still there as a queen to her people – defending, fighting, and taking care of them. I told Ryan that each scene with her, I felt a strong respect for her. It was so powerful – the admiration that Namor felt with Queen Ramonda.