Hey everyone!!!
I have really missed you guys!!
Thanks for sticking with bellanaija
Anyway, I hope everyone is doing well…
I’m sure you are all gearing up for the holiday season……no matter where u r I know its going to be fun…
Anyway unto today’s stuff…hope you enjoy it!
Please leave your comments…Much luv MUAH

Beauty pageants are a big deal in Nigeria…
Most beauty queens become celebrities while very few become legends…forever embedded in Nigerian pop culture history….
Here are some of Nigeria’s most famous beauty queens and an update on where they are now.

Helen Prest Ajayi
Miss Nigeria 1979, Helen Prest Ajayi’s image is deeply embedded in the minds of many Nigerians (including blogger Molara Wood). She served as Miss Nigeria with grace and composure and is one of the beauty queens of note.
She represented Nigeria in various beauty pageants including the Miss World pageant. Helen is a graduate of Obafemi Awlowo University and also holds a LLB and LLM from the prestigious Kings College London. Helen writes a popular lifestyle column in ThisDay Style. She is the Creative Director of Media Business Company and mylifestylesolutions.com. 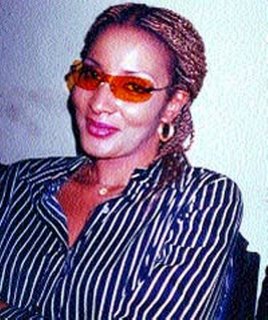 Bianca Onoh Ojukwu
Bianca is the only Nigerian beauty queen who resigned from her position (although some reports say she was forced out). She won the Most Beautiful Girl in Nigeria crown in 1989 and went on the win the Miss Intercontinental crown. Bianca became embroiled in controversy when it was revealed that she was dating her father’s close friend – Biafra leader – Chief Chukwuemeka Odumegwu Ojukwu. It turned out to be a serious relationship as they got eventually got married. It took more than a decade but after many years of animosity, her father Chief Christian Onoh finally relented and she and Ojukwu formally married in the 2001. Bianca runs a successful cosmetics company in Enugu where she resides with Ojukwu and their twins. 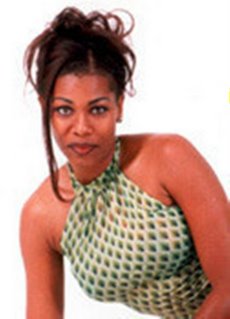 Regina Askia Williams
Regina Askia didn’t actually win the Most Beautiful Girl in Nigeria 1989 crown but when Bianca Onoh resigned halfway through her reign, Regina took the crown.
She represented Nigeria in various international beauty pageants and proved herself to be a worthy beauty queen.
This hazel-eyed former Miss Unilag stayed in the spotlight by pursuing a career in acting. She featured in various TV shows including Fortunes and Mega Fortunes. She was also one of the pioneering actors in Nollywood.
Regina presently lives in New York where she is a prominent figure in the New York-Nigerian entertainment scene. She owns various start-up businesses including Regine Promotions. Regina is married to Ruddy Williams (a former employee of the New York Mercantile Exchange). She has three children – Stephanie Regina Hornecker (her father is a French businessman), Rudolph (Jnr) Williams and Teesa Olympia Williams. 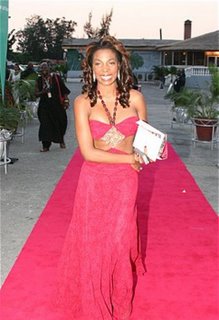 Nike Osinowo
In 1991, Nike Osinowo was crowned as the Most Beautiful Girl in Nigeria. Beautiful and vivacious, Nike is a Nigerian style icon. Despite being in her 40s, Nike is always impeccably groomed with a wardrobe to die for. She founded one of Nigeria’s first spas (she eventually sold it). Nike is still very active in the Nigerian social scene, she appeared on the cover of Genevieve magazine and discussed her reasons for bucking Nigerian conventional tradition by deciding not get married or have children.
Nike is also very involved in non-profit and humanitarian initiatives. 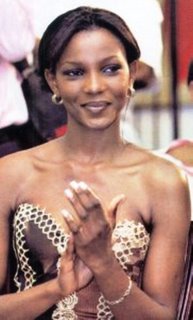 Agbani Darego
Agbani won the Most Beautiful Girl in Nigeria pageant in 2001 and went on to secure her place in history by winning the Miss World 2001 crown (she was also a Top 10 finalist n the Miss Universe 2001 pageant where Donald Trump offered her a modelling contract). She became the first black African to win the Miss World title and created a media sensation, she was given a Nigerian honor by President, Olusegun Obasanjo. Agbani is one of the few ex-beauty queens who have gone on to have a successful modeling career. She is a former L’Oreal International model and is currently signed to Next Models New York. Click HERE to see a recent photoshoot and HERE for info on her at UN Fashion For Food show.

Are they good role models?
Are beauty pageants really a path to a brighter future?
What ever happened to all the other pageant winners? Toyin Raji, Sabina Umeh etc…?
What do you think? Let us know!