NIGERIA'S NEXT TOP MODEL - THE EVENT 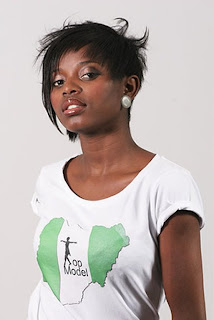 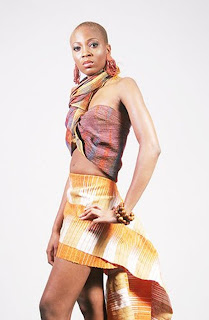 So a lot of people have been emailing and asking me about ‘Nigeria’s Next Top Model’.
Anyways, ‘Nigeria’s Next Top Model’ is an EVENT not a TV reality show/competition like America’s Next Top Model. It will be taking place later this month in London.
I think it’s a great idea although I really wish this would have been more like the American Top Model reality show format with the whole thing taking place in Nigeria but I guess this is a start. I understand that subsequent ‘seasons/cycles’ will attempt to follow US Top Model format.
A contact at Bankable Productions informed me that they are yet to secure the official rights to officially use the Top Model name (all other top model competitions worldwide like Britain’s Next Top Model, Canada’s Next Top Model, Germany’s Next Top Model etc…had to buy the official franchise rights from Tyra’s Bankable Productions) so I hope they sort that out soon.
Anyways, below is the criteria that was used and also information on the prizes that the winner will receive.

Criteria
Female aged between 18 – 28 yrs
Of a minimum height of 5.8”
No more than a size 12 (UK) dress
Currently engaged in formal studies/professional career woman
Nigerian by birth, parentage, grand parentage (they reserve the right to ask that the contestant prove this fact at any time)

The Winner Gets
– Worldwide recognition as the Nigerian Top Model 2007 and featured on TV, Radio and Print advertising campaigns and fashion promotional campaigns and events.
– Featured in prominent ethnic and mainstream UK magazines.
– The opportunity to be showcased as the ‘Face of New Nigeria’ as part of the ongoing ‘Heart of Africa’ rebranding campaign
– Opportunity to take part aboard the CATWALK THE WORLD Charity Fashion Event in Johannesburg South Africa
– Sessions with award winning professional photographers in order that enviable professional model portfolios can be put together
– A cash prizes of £1000
– Wardrobe maintenance for the year
– A working holiday trip to Nigeria as part of the worldwide exposure campaign to work aboard UNICEF projects in Nigeria with young children
– Free spa weekend
– Editorial spread and photo shoot courtesy of the very excellent Diamond Touch Magazine and top class couturier
– Make up sessions with a leading makeup artist to the stars – MINK Cosmetics
– Several styling sessions with award winning hair stylists.
Free nail and body care maintenance for the whole year courtesy of Harriet Stein – Beauty Inn – London
Plus many other prizes.
Exclusive Pics Here is the flyer for the event 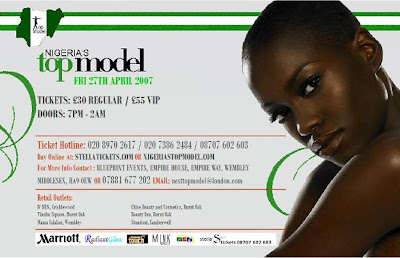 Looks like it will be a fun event so do attend so if you are in London, check it out! Their website is http://www.nigerianexttopmodel.com/index.html. A portion of the proceeds go to the UN Hunger For Food Program so support the great cause. The winner also gets a True Love West Africa cover and also win a contract with O Models South Africa (Owned by Oluchi and Jan Malan) www.janmalan.com

So what do you think of the concept? The contestants? and what direction would you like to see the competiton head in the future?

Have a fabulous day!