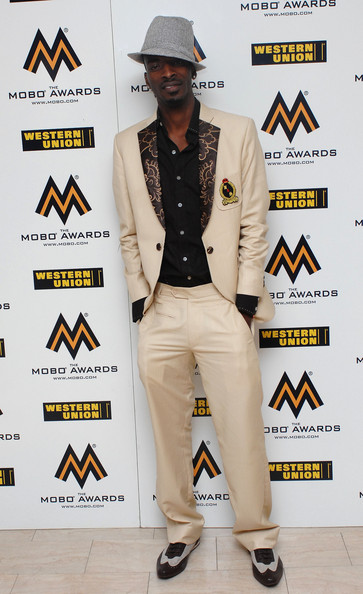 Rising Nigerian Superstar, 9ice (Abolore Akande) has won the ‘Best African Act’ award at the 2008 edition of the MOBO (Music of Black Origin) Awards in London. On the 15th of October 2008, at the Wembley Arena in London, he pushed aside intense competition from compatriots Psquare, D’Banj, Asa and Faze along with Jua Cali, Magic System, HHP, Wahu and Jozi when the envelope was opened, his name was called and he climbed on the stage for his moment of glory.

2008 has been a phenomenal year for 9ice. He has achieved widespread commercial success and critical acclaim. The local and international music communities have embraced his with open arms. Notably, he performed at Nelson Mandela’s 90th birthday celebration in London where he performed his monster hit, ‘Gongo Aso’.

After the win, the humble star release the below statement to his fans:

I would like to say a big thank you to all of you who have supported my music career and continue to support it. I want to thank those that voted for me for 2008 MOBO Awards Best African Act, I am happy I did not dissapoint you. The Battle goes on as 9ice has been nominated for Best Hiphop Act and Best New Act 2008. Thank you all, without you there would be no 9ice.

We wish 9ice all the best in his endeavors. 9ice is expected to arrive Lagos on friday.

Upon arrival, he will address a team of journalists at the Lagos airport and visit select media houses before leaving for a performance tour of the US on October 21.

The coming weeks will also prove interesting as he is up for Best new act and Best hip hop act at the MTV Africa music awards billed to hold in Abuja on November 22; he has also been nominated for the upcoming KORA all-Africa music awards. 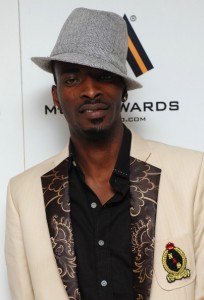 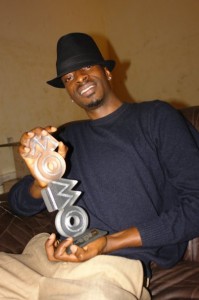 Nigerian-American Nominated for Cosmo Bachelor of the Year 2008