How the Global Recession Will Affect Nigeria in 2009 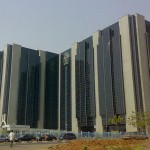 When Merill Lynch declared Nigeria as one of the safest economies last  month, various economic scholars and commentators were quick to challenge the findings. With claims that Merill Lynch skewed facts to protect its interests in Nigeria to allegations that Nigerian banks did not fully disclose critical data, critics dismissed the report. While we are unsure of the severity, it is certain that the global economic crisis will affect Nigeria. Dr. Obidiah Mailafia, Chairman of the Centre for Policy and Economic Research (CEPER), Abuja gave a speech last week at the Annual Dinner Lecture Organised by the Banking and Finance Committee of the Kaduna Chamber of Commerce, Industry, Mines and Agriculture (KADCCIMA). Dr. Mailafia, the former deputy governor of the Central Bank of Nigeria claims that the global recession will have 7 major effects on the Nigerian economy.

In order to effectively address the possible slowdown, Dr. Mailafia proposes that the Nigerian government implement cost-cutting measures such as e-governance. He views the current situation as an opportunity “relaunch our development on new and more robust foundations.” Priority should  be given to addressing the severe infrastructure constraints, supply-side issues as well as the institutional environment in general. Mailafia also calls for an effective anti-monopolies regime. “Our economy has a fearful symmetry of cartels that are feeding fat on our country and defrauding customers by charging exorbitantly for poor services and products. ”

Read the full speech on AllAfrica.