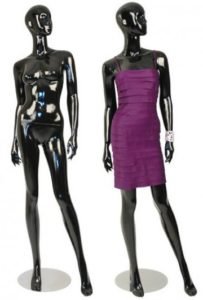 I must admit I miss my old life. The insular protected shell that cased me and my madness. The times when we fought with our fists in the winter ice for individuality and freedom of expression.

I remember buying a pair of ballerina shoes from Barratts and then wearing them everyday for the next three or four months till the soles were split opened. The same goes for my skinny jeans and even my braids. We prided ourselves on how long we could use an item for and how well we could pull of the grunge look.

I’m in Lagos now and it’s a lot different from the way I left it. It’s a social anthropologist’s dream, but its an ex art student’s worst image nightmare. Everything is a clone and if you join the resistance to zombie nation, they have got it in for you. Believe me; they will take you down at all costs. The tactics usually goes thus, “what’s up with the colour clash” “how come you haven’t done your hair”, “this seems like an interesting look but you know you can’t keep this behaviour up in this town”. Oh and there is the one I love the most. It always comes with a wild look of bewilderment and reprimanding. “Ahn Ahn what is going on here. I’m really not a fan of this, NO MAKEUP? Babes you cant keep doing this, sorry to say but you I am seriously not a feeling this at all”

There are also the people you meet in random places, deluded with the idea that they have been annointed with the gift of style from above. They usually proceed to approach you with an authority that seems somewhat divine. Think of it as a halo tiara, with a badge that says “the annointed style guru”. One always recognises their regalia from a mile away. They are decked up in skinny jeans, a tank top and a waist belt. Accompanied with red earrings and a red clutch purse to boot .They usually start of saying “I love your look but I really think you should have worn some heels”. They always remind me of deliverance pastors who claim that the Lord has directed them to pray for you and deliver you from the spirits constraining your unborn offspring’s future progress. Sometimes I just want to choke them to death with their waist belts till they scream . But then I remember where I am and my reply is usually a smirk with one side of my mouth.

Who am I to think I can withstand the pressure. Even my designer friend had been taken down. She was my personal poster girl for the free world. She designed clothes that were works of art. They could stand on any runway next to Galliano and Gautier. This girl was raised by the only rebel republic (School of Oriental and African Studies) left in Britain and I couldn’t believe she had gone to the dark side in less than a year. Really, the school was filled with yuppies and rich men’s kids that felt so guilty about their privileged backgrounds, they had to turn against the system that made them in order to feel a bit better with themselves.

I remember our days hanging out at the SOAS bar. She was telling us about how her aunt said she looked like a very ill junkie. Her aunt said “where did you get this piece of rag on your neck from”.

You see I had dreams of my girl as the next Vivian Westwood and I would find her the ultimate Naija Indie darling that would be her Chloe Sevigny. Though I would have killed to be to become her very own heroin chic, then draped in one of her backless Aso Oke ensembles, that was not going to happen anytime soon. As a juicy size twenty, I would have to search relentlessly for the muse that I would live vicariously through for the rest of my days. She warned me though that it wasn’t easy here. The society was going to annihilate our bohemian aesthetic limb for limb. I told her via email to be strong. She couldn’t let the side down. We were the last of the bunch left with a puritan mind and all she said was that when I come I would see for myself. If one of the last living prodigal fashionistas had been broken who was I, to think I could survive in this abyss of convention. In this new world where the length of your Brazilian weave dictated who got in or who stayed out, how was I meant to stay afloat.

I’m still trying to hold my placard up high that reads “I will not succumb….I will be free”

These days I cant carry the same hairstyle for more than two weeks and I have a resident pink Pashmina just in case they think my lower back or shoulders may cause offence (sometimes you think a war is about to break just because of a little cleavage. It isn’t exactly my fault that my glands over secrete certain growth hormones) It’s been seven months so far but I’m getting a bit worried that its only a matter of time before I to will become one of them. Who knows maybe even battery operated too.

But you know how the saying goes “if you are in Rome do as Romans do..” though at times I wonder what if im not from Rome.

Maybe its just time to grow up. Even Isabella Blow killed herself and was buried with her haute couture headpiece. I reckon this was a sign for things to come.

Related Topics:articles
Up Next

Miss Independent Vs Miss Submissive: Can women really be both?