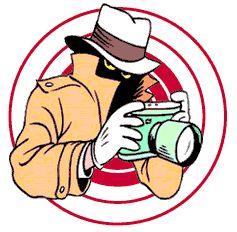 She waits until he steps out of the room. The front door shuts. He says he’s going down the road to pick up a couple of things. She waits a few more seconds to make sure he has not changed his mind. As soon as she ascertains that this is the case she grabs his phone which he inadvertently left behind. She knows she has five minutes max so she quickly scrolls through his call list. A name stands out, “Lara”. She then goes into his message box and peruses as many received and sent messages as she can.

“Thanks for meeting with me. I had a great time!” from Lara again!

He walks into the room not suspecting a thing. She waits until he settles down on the bed before attacking. “So, how was your meeting with Lara?” she asks with heavy sarcasm. “I gather it went very well, abi?” “How does she know Lara the reporter from Daily People…I never mentioned her?!” he wonders. He looks at her and then his eyes fall on his phone. He must have left it behind, again. He spends the next hour or so trying to explain to girlfriend that Lara is just a reporter who has been hounding him for an interview with his boss.

Sounds familiar? Uhuh, it does, doesn’t it? I once had a girlfriend who every once in a while (about once a week!) would go through my phone, my diary and any other notebook I had left lying around. She would even look in my bible to read the notes that I had written! I would come back from wherever I had gone to and she would then casually enquire about an incidental female name she had seen in my call list or mention some item she had read in my inbox or diary. At first I found it disconcerting and tried very hard to keep my personal things out of her reach. I told her that she should learn to trust me more and not go snooping around. Did she listen? Did she desist? No. She continued looking for stuff to confirm her suspicions. I then became angry and tried real hard to keep my stuff out of her reach because it was tantamount to invasion of privacy; besides there was no real basis for her suspicions.

But I soon realized that it was not just details of other women she was looking for. She was just looking for any piece of information on whatever it was I was engaged in at that point in time. When I realized this I sort of became a bit flattered that she was that interested in me. I began to tease her saying “Shey you are looking for what will make you upset, abi? Don’t worry you will soon find it!” I soon gave her the nickname Jemima Shore, the name of the titular character of the 1983 British drama series Jemima Shore Investigates.

I still find it very amusing whenever I hear of women who are constantly going through their partners’ Blackberries, phones and diaries. The funny thing is that I know a lot of them just do it out of habit. Some have checked countless times without finding any real proof of misbehaviour but they still cannot bring themselves to stop snooping. They snoop to find out where boyfriend wrote down his facebook/email/Blackberry password. They then graduate into amateur hackers trying to figure out the passwords if unwritten…maybe it’s his middle name, his nickname, his mother’s maiden name, his date of birth or his ex’s name…bingo! Access granted.

Sometimes it’s so sad that an innocuous mail or text can be misconstrued into something else by these amateur detectives despite credible explanations by the men. And do they listen? No way! Sometimes they are prodded on by their friends or by other women’s bad experiences. So off they go looking for proof and generally making mountains out of mole hills. But really, haven’t they heard the saying, ‘Ignorance is bliss?’ Because sometimes what you don’t know can’t hurt you. Truth is that sometimes you will find what it is you are looking for if you go on looking for it! You snoop, you get caught and put your guilty men on guard and then they go through greater pains to cover their tracks.

Now I am not saying that women who do snoop around have no just cause to do so. After all, they have to protect their own territories! But I think it may stem from previous experience like I mentioned earlier or from just plain old insecurity, and believe me when I write that an insecure girlfriend is not sexy!

I was rather nice about the whole snooping thing but I have heard cases of ladies who got beaten up by their boyfriends and even husbands for daring to go through their phones! This is not to talk about women who instigate quarrels and fights at the mere sight of a seemingly incriminating text message. “Ejiro, so na who be Sheila? Enh, answer me now! So you are cheating on me, abi?” Fight don start.

On the other side of the coin are men who snoop! I find this hugely appalling. It is very unattractive to say the least and speaks volumes of their self confidence or rather the lack of it. But hang on, maybe I’m being a little too hard here. After all knowledge is power, timely information wins the battle and knowing who exactly your enemy is helps you defeat them, abi?

So to all you Jemima Shores out there, what can I say? Nothing. Absolutely nothing.