A Night of Style and Substance: The Future Awards 2010 Nominees Reception

“I am happy that the organisers yearly celebrate not just the winners of the awards, but the nominees,” Fela Durotoye, chief executive of Visible Impact, said to the more than 200 guests seated. “They recognise that these young achievers are part of a new generation making change.”

Mr. Durotoye was speaking at the Nominees Reception for The Future Awards 2010, which held at Terra Kulture Lagos, on the evening of Thursday December 17. It was held in collaboration with HiTV.

As is the tradition annually, the event was to celebrate the 160 Nominees in different categories including Best Use of Science, Business Owner of the Year, On Air Personality of the Year (TV), Screen Producer of the Year, amongst others.

The nominees list was released on Tuesday the 8th of December. The nominees, drawn from all over the country and outside are all young Nigerians aged 18-31. Those for Yong Person of the Year include Ify Aniebo, a research scientist, Tou Ogunlesi, a journalist and writer, Cobhams Asuquo, a music producer; Stephanie Okereke, actress and movie producer; Asa, a music artist; Qudus Onikeku, a dance professional, IK Osakioduwa, TV/radio presenter, and Toyosi Akerele, a youth development advocate.

The nominees were feted with music, comedy, and dining. This year, a fashion show – which was, surprisingly, the highlight of the evening – to formally kick off the event’s Get Your Green On! Campaign was added to the mix. The nominees were also presented with their nominations certificates. The presentations were done by Bolanle Austen Peters, CEO of Terra Kulture, and Fela Durotoye, both of whom are part of the Independent Audit Committee judging the awards, as well as Mike Archer, who is a director with Globacom.

The Get Your Green On! Campaign is the yearly effort by The Future Awards to practically support young Nigerian designers and stylists. About 15 selected designers are selected as the event’s style partners, who invited guests of the awards proper can patronise at a discount for Proudly Nigerian wear that can fit the style code. This year’s style code is ‘A rush of green’. Details on all the year’s style partners are on the website www.thefuturenigeria.com. 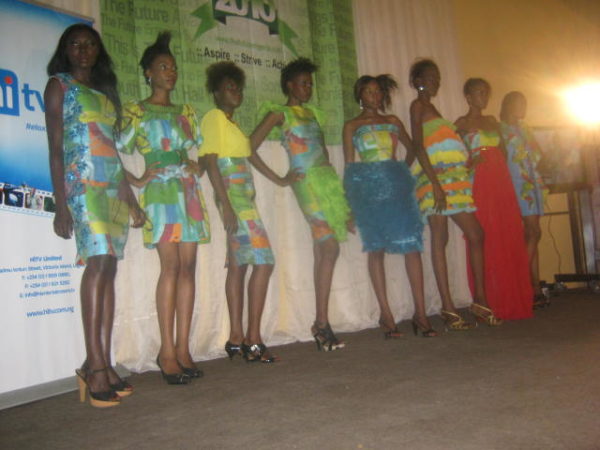 “We’ve had this idea of a fashion show for about two years,” Chude Jideonwo, the event’s Creative Director, said. “However, these days fashion shows have become two for a penny sadly, and so we decided against it. This year though, the creative team – including stylists like Ohimai Atafo and Dewunmi Aisha Ailugbin– planned it out, and we are thankful it was a hit. It also sends a strong sign to people who are predicting the implosion of the Nigerian fashion industry.”

Other highlights included performances by hot new talent Whizkid, Segun Obe and Lami with comedy by Jedidiah and Lepacious Bose.

The organisers also employ the event yearly to give a platform to a selected charity – this year it was cancer, and towards that end, the Pink Pearl cancer project and the Stand Up to Cancer project were the selected organisations. The founder of Pink Pearl, Jade Orode Uduaghan, gave a short presentation on the activities of her organisation targeted at breast and cervical cancer

Voting for the awards, which takes 50% of the first stage is still on until the 31st of December 2009. The board of judges, made up of 25 young journalists from across the country, is responsible for the remaining 50 per cent. The full nominees list and any other information about The Future Awards can be found on www.thefuturenigeria.com