Whose Wedding Is It Anyway? 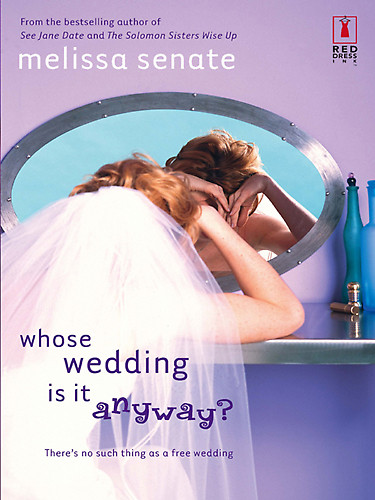 Except you elope to Vegas or steal down to Ikoyi registry during your lunch break, your wedding won’t happen in a vacuum. Immediately your friends and family get the news of your wedding plans, you are definitely in for a shock. Weddings involve a lot of traditions and in most cases bring out the hidden traditionalist in most of us. Don’t be surprised if you suddenly begin to receive calls from colleagues and friends you have hardly spoken to in the past year on whether your aso-ebi is ready or what song you and your fiancé are going to dance to at the reception.

Getting the wedding you would love – as opposed to the wedding your parents or in-laws think you should have – requires willpower, loads of diplomacy, and plenty of cash. First, try to believe that those who are driving you nuts are doing it out of love, not just because they have control issues. Maybe paucity of funds or family opposition had prevented your mom from getting the wedding she wanted, and now she’s determined to see your wedding done right or rather done the way she would have loved to have had hers. Maybe your dad shakes his head at your strapless wedding dress; where you see haute couture at its best, your father sees too much cleavage and is of opinion that the church will refuse to marry you in that “get-up”.

Many of the traditions of the wedding ceremony focus on the couple’s creation of a new family unit, As much as you love your family and your friends, and would want them  to be there to celebrate and support your incredibly good luck in finding “the one” they need to realize that the real center of the wedding is you, your spouse, and the person who conducts your ceremony. The three of you are the people who really matter; everyone else’s presence is a gift.

If it looks as if major obstacles will arise, figure out what aspects of the wedding are completely nonnegotiable for you and your partner. They could be big things: like having a civil rather than a religious ceremony; having a destination wedding; or holding the wedding in the city where you live now, as against the city where your families live. Or they could be little things, such as not wearing a white dress, or having your dad walk you halfway down the aisle, or having your bridesmaids wear black dresses.

Also, figure out what things are very important from your family’s perspective. Of course, some of these desires may be nonnegotiable or even difficult to fulfill. Your relatives may wish your fiancé was from a different tribe, or was a lawyer, or even Jewish – all the things that neither they nor you can do anything about .Some of their wishes may be things you would be able to live with, even though they would never have been your choices. These could be as simple as carrying a bouquet, or  opening a wedding register, even though you and your fiancé already have all the crockery and blenders you need. As any diplomat will tell you, compromise on the little things and you’ll have more leverage on the big issues.

Finally, anyone who’s ever had to work a nine to five will tell you that the person signing your checks is the one who calls the shots. Weddings often require significant cash outflows and financial support from family would really help. In the long run, though, you’ll probably enjoy a less-lavish wedding that really suits your style more than you would a stylish one that feels planned for someone else.

New Music: Banky W – Thief My Kele & Omoge You Too Much