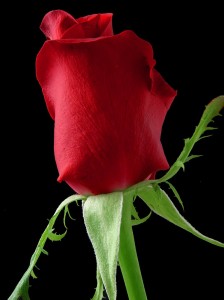 A loved one fell into a state of depression right after the holidays. I had expected her to look rested, radiant, not moody and morose. She quickly explained that her husband is one of those men who insist on a trip to the village at the end of each year (sometimes by road; to save costs) rather than enjoy a relaxing time in their tasteful Lagos duplex. For ‘Oga and sons’ such trips are an adventure (a chance to catch up with kit and kin, attend Igba-Nkwus, sample freshly tapped palm wine, watch young maidens dance…).

For the woman however, the stint means two whole weeks in the village cooking local delicacies faster than the stream of traditional chiefs, distant cousins and peasant children can eat them (house-helps and electronic appliances are often redundant at this time of year, so God help the woman who can’t roll up her sleeves and make fufu the old fashioned way). And what’s worse, the children are too little to assist without making a mess of things and dear hubby dared not lift a finger while his relatives were about – for fear of being labelled ‘woman wrapper’.

Idowu also ‘snapped’ during the holidays. It was his wife who found him slumped on the bathroom floor that fateful morning and raised frantic alarm. He was only fifty three. Yet he was dead. Throttled by high blood pressure on Boxing Day because the bills mounted every day his father-in-law’s corpse remained unclaimed at the morgue. Not to mention house-keeping allowance and the children’s school fees due, without fail, on the first week of January. “Why, God why?” His widow wailed. “Why? Oh, Why?” The children gathered around their mother, eyes wide as frying pans, heart pounding in their throats, the future uncertain.

I empathise so well because I also reached breaking point over the holidays. Like many Nigerians I cringed when word broke out that 23 year old Umar Farouk Abdulmutallab had been arrested for attempting to detonate a bomb aboard a U.S aircraft. Thankfully his concerned father had alerted the authorities earlier on and no innocent lives were lost in the botched terrorist attack. However, ‘for a moment’, whatever was left of my optimism about Nigeria, was lost. Indeed the swagger was knocked out of our stride, the hopeful smile wiped off our faces in one cruel swipe. When you’re nearly fifty and still waiting for your big break, still trying desperately to turn a corner, all hope seems lost when something like this happens – without warning for that matter.

Still, where there is life there is great opportunity. And often ‘breaking point’ is a good place to be because when we’re pressed to the wall we realise that we can’t stick our heads in the sand anymore, that we can’t rear sacred cows any longer. It’s time to stand up and be counted, time to rise up and fight for our future with every ounce of strength left inside of us. They say what doesn’t kill us makes us stronger. But it can also teach us the valuable lessons we should have learnt a long-long time ago.

About the New Novel:

Egg-Larva-Pupa-Woman is the story of a young girl who metamorphosises into a woman of great courage when a series of mysterious circumstances befall her family, juxtaposed with the evolution of the country she loves but doesn’t understand.

Collector’s hardcover edition of the new novel is available at Amazon. CLICK HERE to get yours now.