This season, MNet decided to do things a bit differently. Their new formula worked! Viewers have been hooked to the Face of Africa TV series which has taken us from the auditions and all through the girls’ journey towards the big prize.
The final 10 contestants will be revealed this Saturday on MNet and next week – all roads lead to Lagos for the finale.
The exciting 2010 Face of Africa Finale will be broadcast live on Saturday 6 February 2010.
The highly anticipated finale will be broadcast live from the Eko Hotel Exhibition Centre in Lagos, Nigeria.
This year’s Face of Africa winner will receive US$50 000 from M-Net plus a modeling contract with O Model Africa, which is helmed by the first Face of Africa winner Oluchi Onweagba-Orlandi.

Here are the Top 12 Contestants for the 2010 MNet Face of Africa competition. 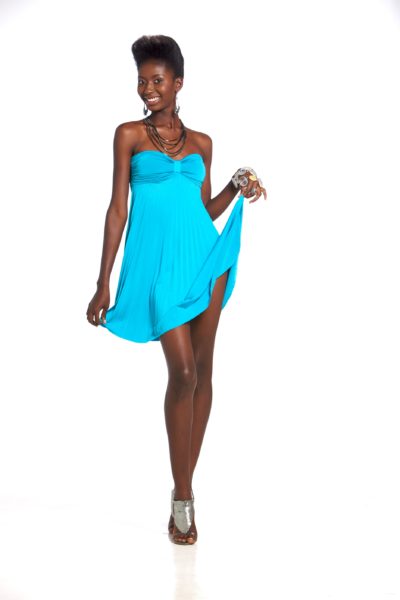 19-year-old Benedicta is from Accra, Ghana. She loves eating kenkey and fish, listening to music and reading. Her favourite actress is Nigeria’s Imi Edo, “because she plays any role given to her” and enjoys her facial expressions and attitude. She enjoys the culture and way of life in Africa and lists South Africa as her favourite place to visit. Outside of the continent, her favourite place in the world is the USA – New York in particular – because it’s a magnet for supermodels and designers. Her parents influenced her life most because they have always stood by her in times of trouble, advising, supporting and encouraging her all the time. If she weren’t a model, she would like to be a journalist. 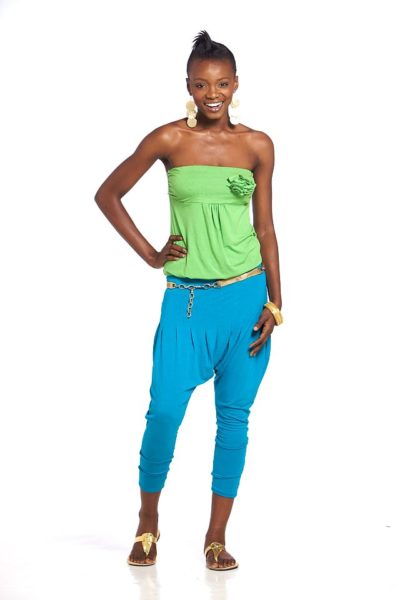 Blessing (BB to her friends) is a 21-year-old model from Lagos, Nigeria but based in Cape Town, South Africa. She lists her greatest influence as inaugural Face of Africa winner and fellow Nigerian Oluchi Onweagba because “she never gave up”. Her favourite actors are Brad Pitt and Angelina Jolie and she loves the music of Keri Hilson. The pasta-loving Nigerian says the best thing about the Face of Africa model search is the modeling knowledge she has gained so far in the competition. Blessing relaxes by reading and enjoys watching soapies and movies. 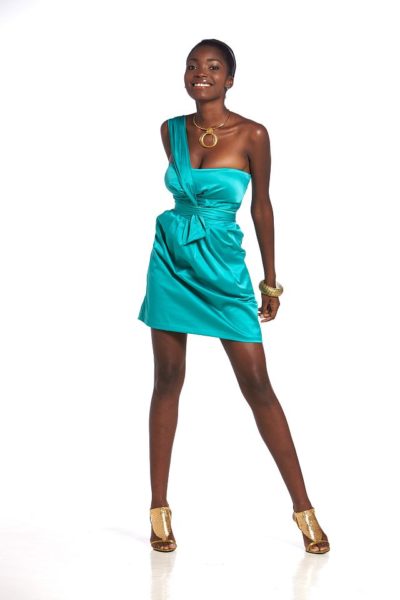 22-year-old Diana is a 4th year B.Comm Student from Kakamega, Kenya. Nicknamed “Simbaress”, she says her home country is her favourite place in Africa because it is “peaceful, beautiful, exotic and friendly”. Her mom has influenced her life most and her role model is her father because he practices what he preaches. “He says there are no short-cuts in life, we get what we deserve,” she says. Diana says the best thing about Face of Africa is the meeting of similarly-aged people from different countries and the modeling discipline the scouts and judges have instilled in the contestants. To relax, Diana listens to her iPod while dancing and singing along while she also enjoys knitting, braiding, driving and swimming. 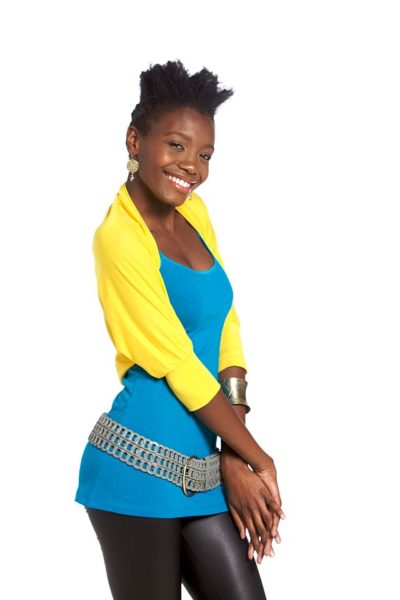 Mozambican Ernania is an 18-year-old student from Maputo. She says the best things about Africa are the animals and the nature – while she also enjoys the beauty of Paris. Her family have always encouraged her and told her she has a bright future ahead – something she is keen to embrace as part of the Face of Africa Top 12! If she weren’t a model, she would be a doctor. Ernania loves to let her hair down by sleeping, listening to music and dancing. The best advice she ever received came from a friend: “go forward because you can!” 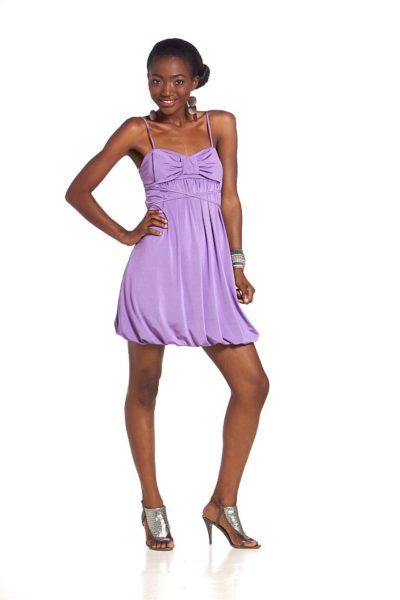 Esperanca – nicknamed Hope – hails from Luanda, Angola. Already working as a model, the 21-year-old enjoys eating pasta, reading books by Dr Phil and is a big fan of scary movies. Her favourite spot on the continent to visit is Zanzibar, because of its natural beauty. She lists her mother as her role model “because she always taught me to accept who I am – she inspires me in every way possible”. If she weren’t a model, she would channel her passion for fashion into becoming a fashion designer. A self-confessed soap opera fan, Esperanca advises aspiring models to enter Face of Africa “not only for the fame, exposure and money, but for the experience that they will carry for the rest of their lives”. 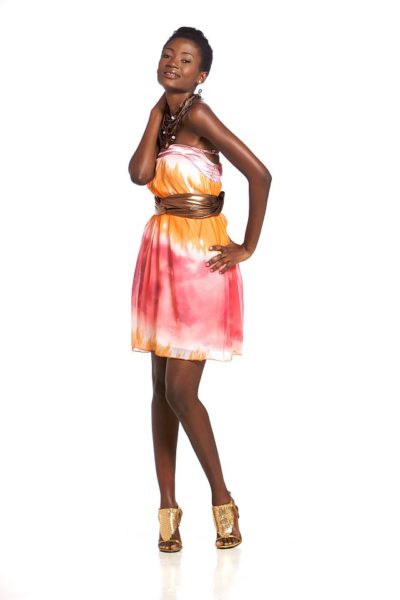 Tanzania’s Lilian is a 21-year-old ‘student-cum-model’, currently studying towards a B.Comm at UDSM. She loves reading romantic and fiction novels and her favourite food is rice & beans. She says the best thing about Africa is “the polite and courteous people” and she would love to visit Paris. The achievement in her life she is most proud of is getting into university with good marks. Lilian loves basketball and tennis, listens to music and reads to relax. She is inspired by being able to do something worthwhile in the world and the best advice she ever received came from Face of Africa judge Jan Malan: “Never think of the past because you can’t change it, never think of the future because you can’t control it – live the best way you can in the present”. 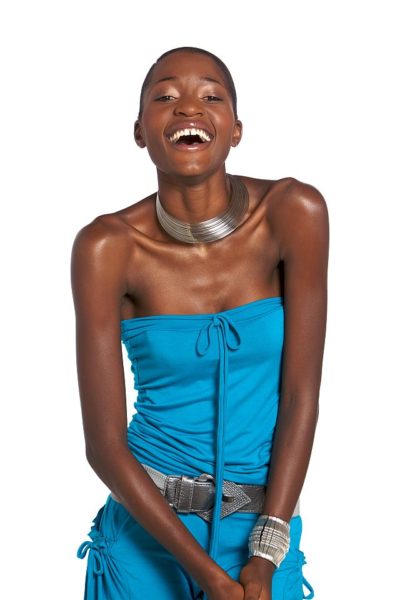 Lukundo is a 22-year-old student from Kabwe, Zambia. Currently studying for a certificate in Business Administration, Lukundo is a movie aficionado who lists Van Helsing, The Matrix, Transformers, Harry Potter, Pirates of the Caribbean and 300 as her favourite films. She says the best thing about Africa is its “beautiful historic places and wildlife” and names Paris as her favourite place outside of the continent for its “beautiful ambience, food and perfumes”. Her sisters played a big role in her life because of their strength.
If she weren’t a model, Lukundo would love to be a photographer or an explorer. 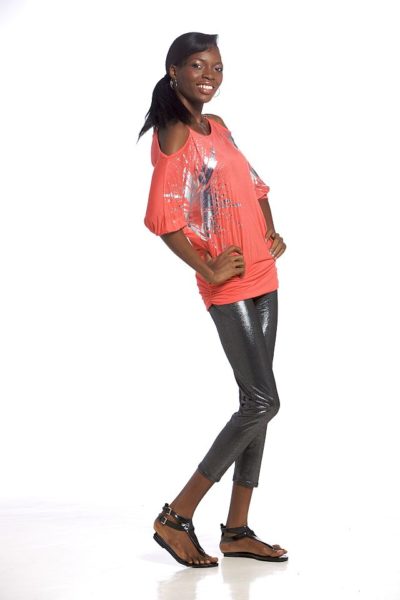 Marvis is a 20-year-old model/student from Delta State, Nigeria. Among her favourite foods is a combination of beans & chips, while she enjoys watching Style.com and Don’t Forget The Lyrics on television. Her favourite actress is fellow Nigerian Stephanie Ekereke and she lists another Nigerian, Face of Africa winner Oluchi Onweagba as her role model. She is most proud of reaching the semi-finals of Face of Africa because she has learnt more than she ever thought possible during the competition so far. The best advice she ever heard came from her father and was short and simple: “Always work hard”. If she weren’t a model, she would want to be a fashion designer or makeup artist. To relax, Marvis reads, sleeps, dances or watches movies. 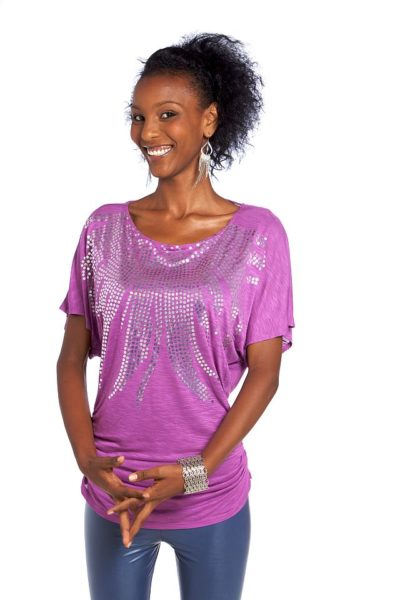 Nardos is a 19-year-old student from Ethiopia. Her favourite musician is Beyonce Knowles and her favourite movie is The Matrix. Inspired by her family and friends, Nardos has loved traveling during the Face of Africa competition. If she weren’t a model, she would love to be an engineer. Nardos says aspiring models should enter Face of Africa to gain modeling experience. She lists her favourite actress as Oprah Winfrey “because she has a strong personality” and says the best thing about Africa is the people, food and cultural dances. 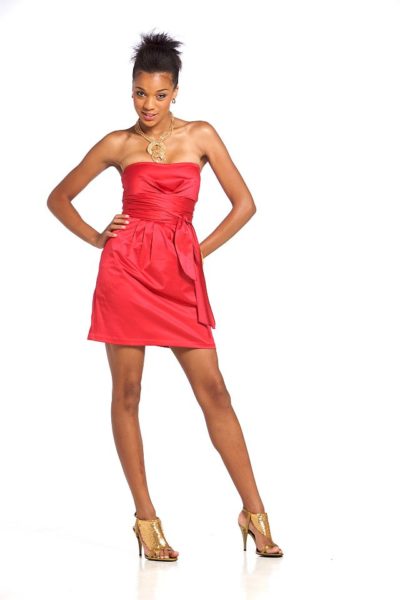 Zimbabwean Rozana from Harare loves pizza and Toblerone and lists her favourite books as “Pride and Prejudice” and “Things Fall Apart”. Her first-ever sighting of the sea during Face of Africa Boot Camp instantly made Mombasa’s beach her favourite place in Africa. To Rozana, the best thing about Africa is that “we are all so different and diverse but we can come together like old friends”. She says the best thing about Face of Africa is the fact that she gets to travel and see beautiful places she never even knew existed. “I also get to model on a more professional level, which is my dream,” she says. To relax, Rozana listens to Kanye West and walks around her neighborhood to clear her mind. 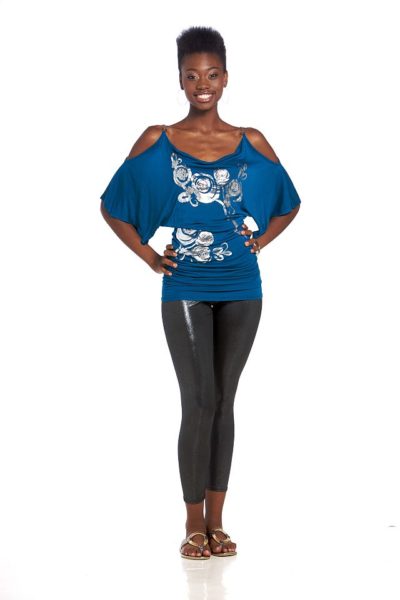 South African finalist Thembi is 22-years-old and is currently studying Electrical Engineering. She loves chicken and seafood and her favourite book is “The Secret”. Her role model is Lerato Moloi because “she is a hard worker, a very calm person and she is also a lady and very respectful”. Thembi’s life has been influenced most by her mother “because she taught me how to be strong and never give up – and she is very successful”. Thembi says the best thing about Face of Africa is learning about modeling and meeting different kinds of people like Josie Boraine. To relax, Thembi watches movies, listens to classical music, reading and “a little bit of exercise”. If Thembi hadn’t been presented with the opportunity to model, she would love to become an engineer. 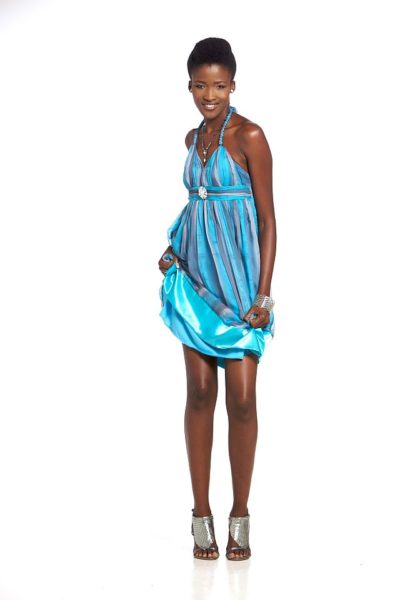 23-year-old Tholakele from Harare, Zimbabwe is the oldest Face of Africa 2010 finalist. The Harare-born model enjoys the music of Enrique, Ciara, Ashanti and Donnie McClurkin and enjoys animated movies – as her two favourites, Madagascar and The Lion King, show. Her favourite place in Africa is Zimbabwe and she says the best thing about Africa is that “it is beautiful, unique and has natural wonders”. Tholakele lists her mother as her role model because “she is the one who helped me develop a character and taught me to embrace life because you only live it once”. She would love to be a food technologist, because of “the way you can get creative with food”. The best advice she ever received as “appreciate the way God made you and treat everyone the way you would want them to treat you”. Her best Face of Africa experience to date was working with Josie Boraine and she says that aspiring models should enter the competition because there is a lot to learn.

They have definitely got a great bunch of girls. Anyone of them will be a worthy winner.
Our fave was Nigeria’s Blessing, however, after the episode in which she gave D’Banj and his crew major attitude (eye rolling, neck twisting et al…), we now have question marks about her. For those who missed the episode, the girls were cast to feature in D’Banj’s music video for his song “Fall In Love”. D’Banj came to meet the girls backstage. Everyone was excited but Blessing was obviously rude! She then proceeded to make some negative remarks about him and was kicked off the set! Drama!! We suspect that D’Banj and Blessing had met before….

Anyway, Do you have any faves? Do you think Nigeria can win again after Oluchi’s win over a decade ago?

BN Exclusive: Listen to the Guinness “Power of Naija” song set to inspire the Super Eagles to Victory