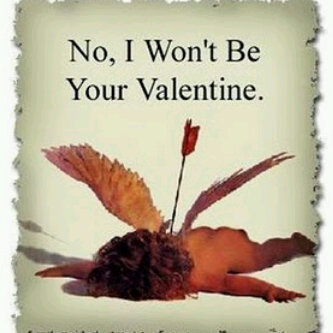 Normally every Valentines Day brings with it some form of excitement. But, Sunday was different. I stood looking at the huge bouquet of flowers which had been delivered at my address at exactly 11:15am with somber reflection. The card attached read…‘Glory, you’ve always meant more to me. Let’s make it official. Be my Valentine’.

Now if this had been 4 years ago, I’d have been ecstatic. I’d have called up all my friends and told them. I’d have called the sender and said a big thank you. In short it would have made my day. But today was different. Instead, I sat on the edge of my bed looking at the amazing flower arrangement wishing, he hadn’t bothered.

But that’s not the world I have grown up in. Every possible relationship has become a business transaction with the financial goal in question being marriage. He is too short, he isn’t Christian, he isn’t Igbo, will my parents like him, what car does he drive, where does he work, is he ambitious, does he have a baby mama, what is his genotype, does his family have any history of madness? I have to ask myself a million and 1questions. And if I am honest, the whole process has left me feeling rather disinterested. I can’t be bothered to do the math in my head while trying to work out if I am actually attracted to this guy or if I am just glad he made the cut!

So here I am on the 14th of February 2010, my 29th birthday threatening to descend on me like a ton of bricks, with a guy who totally fits the bill but doesn’t do a thing for me mentally, physically or emotionally. Tall, dark and handsome. Igbo, catholic and rich. But I can’t imagine spending 60 whole minutes with him, let alone 60years!

Damn this love thing. Damn my foolish heart. Damn it all. Maybe it’s my fault. Maybe I am just being naïve. Maybe real love doesn’t exist. Maybe I should listen to my friends and use my head instead of my heart. But what if, the person my heart loves is poor, short, non-Christian (an issue seeing as I am Christian) and lacks ambition. What do I do then? Let love lead the way? Errrr…..

So it’s obvious that at some point my head must rule over my heart. At some point common sense must give way to idle fantasies. May be love doesn’t exist, maybe its something Hollywood has created to fill up cinema seats. Maybe my foolish heart will never be satisfied. Maybe love really isn’t ever enough.