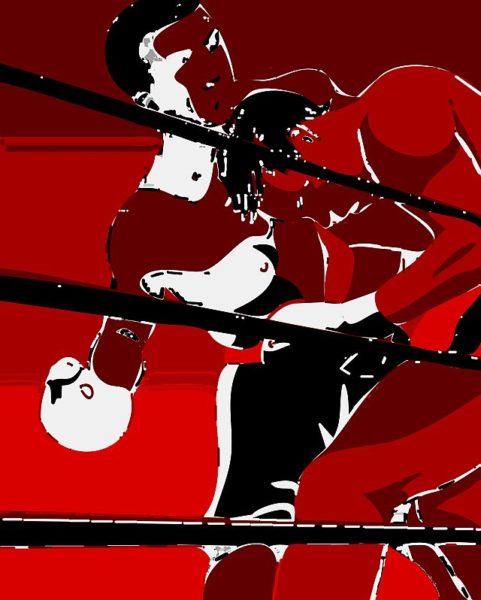 I had an amazing weekend! My friends and I had a major cook out, just for the sake of it! Peppered chicken, jollof and fried rice, cat fish pepper soup, honeyed barbequed ribs and all the ‘medemedes’ you can think of! So much for my diet! After, we had eaten till we were bursting out of our skinny jeans and watched what seemed like the 100th Nigerian home video, our conversations turned to the inevitable….MEN. Old boyfriends, new boy friends, toasters, fiancés, husbands nothing was off limits. At first the conversation was humorous, we laughed at ourselves, at our past and present men. Then almost by design, Cheryl Cole’s “Fight For This Love” song came on. We all echoed the chorus like contestants on American Idol and some of us even tried to copy the steps!

But when the song was over, I started thinking about what it meant to fight for love? This love thing is a tricky business. In the past, I have fought for love and others have fought for my love. But in the end love had already made up it’s mind and the inevitable heartache followed. I remember putting this idea to my friends and they all disagreed. Anything worth having requires a fight, they replied. Fight as much as you want, love always goes where it wants, was my reply. Glory, you need to stop being so cynical! They screamed back!

Maybe age has made me more realistic. You see, I am a firm believer in letting love and life be. I am tired of fighting for what wasn’t mine to begin with and getting severely burnt in the process. A few years ago, I was in a long term relationship. The first couple of years were pure bliss. Off course we had fights. But the good times outnumbered the bad a million to one. Then 3 years into the relationship, the inevitable happened. He changed. The calls became significantly less, and the fights significantly more. It was one issue or the other, one quarrel after another, each fight taking away the memories of good times we’d shared. I will unashamedly admit that I fought tooth and nail for that relationship. In fact I even took training lessons from Mohammed Ali. I did physical, emotional and spiritual warfare. Then one day it hit me! I was the only one fighting! I was like a mad boxer alone in the ring, throwing punches into mid air while my opponent was busy sleeping in a hotel room somewhere. So I stopped fighting and used all that extra energy to take care and love me. It was hard at first but I learnt the hard way that if you have to fight to make anyone love you, it really might not be worth it.

But how do you know if the fight is worth it until you have fought to the end? It’s common knowledge that every fight requires more than one person. So if you ever find yourself fighting for love, it might be worth taking a step back and seeing how many people are actually doing the fighting.

Love, as I have grown to understand it over the years, isn’t as hard as we all make it seem. You either love someone or you don’t. You either want to be with someone or you don’t….yes there will always be challenges, but love means deciding to be with that person regardless of those challenges. So personally I see no reason to fight for someone to love me. None whatsoever. I know its cliché but the saying ‘the best things in life are free’ isn’t at all far from the truth. And if any of the relationships around me are anything to go by, love really is one of those free things and if a fight is necessary to preserve any relationship, like with all things…it should always involve 2.

On Set with eLDee: Behind the scenes at the video shoot for “U Blow My Mind”