It is difficult to find an artiste that was relevant at the start of Nigerian music as we know it  and can still make a blip on the radar now. None even more surprising than Dr Sid himself, who made a complete about face from a type of music that originally made him popular. 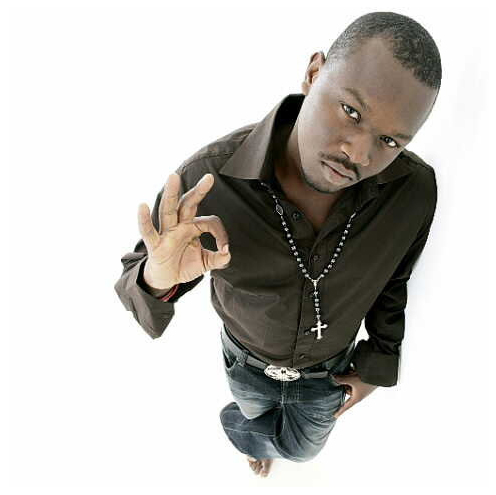 With a long hiatus behind him and three successful singles later, he came out with his new album last month. When we got a hold of him, he discussed with BellaNaija.com the inside scoop of his new album and the sudden change in genre.

You know how we love bringing you, the inside ‘gist’.

BN: So what’s the latest with Dr Sid?

Dr Sid: Right now, I’m promoting The Turning Point album which came out about a month ago. I’m basically just doing a lot of interviews. I have the Club Tour planned and pushing of the videos. I just wrapped up the shooting of the “Pop Something” video and I plan on shooting more videos

BN: What was the idea behind the choice of the Album Title & Concept?

Dr Sid: At the time we were to start recording the album, Don Jazzy decided that instead of coming out as a rapper that I was more popular for, I’d just sing. We worked on expanding my range and versatility as far as music is concerned. So we took the “pop-ish rap” route so to speak. The idea was to go more pop on the album theme than hip-hop. The Turning Point signifies a departure from being a member of a group (Mo’Hits) to being a Solo Artiste of the same group. The term Turning Point can also signify my departure from Rap to Pop

BN: Was there any difficulty in switching from a rapper from the Trybesmen days that most people remember from?

Dr Sid: For me, initially, I personally thought I couldn’t get it right. Because, singing is a totally different ball game. I’ll have to say a shout out to Autotune. I don’t deny it. The first time I tried singing was on Ten-ten. Just to sample and see how it would sound and from then I had a bit of confidence. From that, I said I could do this as long as the tune was right. I did do some vocal training to be able to hit certain notes and understand how to sound on some tracks. It wasn’t too much hard work and I had Don Jazzy to guide me along so it has been quite fulfilling.

BN: How long did the recording process take?

Dr Sid: Well we started recording in April and to be honest we had done like 7 songs in two weeks….

Dr Sid: Yeah so we had done those 7 songs and we just needed to finalize some more. Basically it was the collaborations that took some time to finish because it took a while to get M.I and eLDee in the studio. D’Banj was busy with Koko Mansion at the time so we had to wait for him to finish that. In October of ‘08 when I went for the MAMA awards I met Sway and got him to jump on the remix of Winchi Winchi. Then in November I met Dotstar on twitter then we finished Winchi Winchi remix. So the album was wrapped up in November 08.

BN: So why did it take so long to release it?

Dr Sid: We had distribution issues; you know how it is trying to get the right deal. So we just pushed out 3 singles (Something about You, Winchi Winchi and Pop Something) while I was shooting the video (for Something About You) in September 08.

BN: What were your major challenges during the recording of the album?

Dr Sid: There weren’t really many challenges because Don Jazzy was excited about the project. The most challenging part of the process was getting the other artists to come through and do their thing. But the recording was the most beautiful experience.

BN: Was it difficult to get DotStar and Sway to record their tracks?

Dr Sid: No, not at all. Sway is a cool guy. He gave me a copy of his schedule and we just worked around that. As for Dotstar, I told him about it on twitter and he got me to mail my stuff to him and right after he’d recorded his and sent it right back. So it was pretty easy.

BN: So it’s pop all the way from now on for Dr Sid?

Dr Sid: I think globally that’s where music is at; that’s what is selling right now you know. Like the Justin Beibers and the Lady Gagas are selling big now. If I wanted to do Hip Hop I could but I have to be realistic with myself. I need to make music that will make money. Pop is what is it right now and I’m enjoying it. It rocks clubs, people are requesting it….So I guess we’ve done something right.

BN: What has been the response so far?

Dr Sid: I’ve had good responses so far. I mean the only problem I’m worried about right now is that the distribution company isn’t reaching as far out as I would like. Because I get reports like “Oh we heard your songs but we don’t have your CDs in Abuja”. But from the radio stations and from the people who have actually heard the album the response is that they are quite impressed. Some people actually comment on specific songs you know, songs that I would least expect like “Pillow”, “E je ka jo” etc so I think I must be doing pretty well.

BN: So what’s the next step?

Dr Sid: Right now, I’m trying to put out a few videos, so I’m working on concepts and with a few directors. And I’m going on a club tour to promote this album nationally and hopefully internationally. I love performing and for me a stage is where it is at.

BN: What videos should we expect from you next?

Dr Sid: Well I am shooting “Bami Jo”, “Over the moon” and probably “Winchi Winchi Remix” next.

Behind The Scenes Exclusive: Bez’s ‘More You’ Video