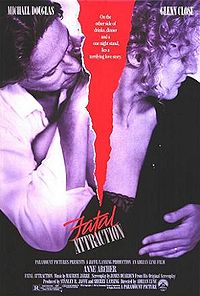 “Physical Attraction is more powerful than we give it credit for, and in the right circumstances anyone would cheat on their significant other”- Jesse

Physical attraction is simply human nature so we logically respond to it though sometimes forgetful of its negative seduction. The thumping heartbeats. The dilating pupils. The intense arousal. Body languages collide as we gasp at the object of our obsession, that one person who (in the meantime) is the best thing that has happened since sliced bread. But of course we know unforgettable relationships, whether they lead to the altar or not, require much more than hot physical or emotional enticement. But what happens when you are mentally and visually mesmerized by someone who is taken? Or you, the taken one, meet this individual with the admirable ability to turn your senses upside down. It happens all the time and the sensible thing to do would be to put emotions in recess and keep the interaction at a minimal. After all, you are a reasonable well-mannered person unwilling to jeopardize someone else’s love life or ‘singles’ market value. Right?

Recently, my friend *Jibike called me. She sounded so desperate to talk that I hurriedly abandoned my work and gave her my undivided attention. She said she was in deep trouble and needed help fast. She had strong feelings for a married man. It was mutual, more so from his end. They met when he came by her office for some business and she was assigned to assist him. It started off with the harmless client calls they exchanged and progressed to what she referred to as, “him sneaking around his home to call her”. As she put it, he shared his most private thoughts with her and he constantly sought ways to remind her that he had never been so strongly drawn to anyone. Not even his wife. At some point, some sense kicked in and she stopped calling him but was pretty unsuccessful at totally cutting him off. Things got out of hand; his frantic emails, text messages, calls from private numbers et al. She soon realized that even with no physical intimacy with him she had encroached on another woman’s turf. He told her she needed to stop denying the deep attraction between them. It was heavenly and he could not ignore it.

What happened to these two young, normal, otherwise respectable people??? Does physical/emotional attraction have such a wild influence that without caution even the most religious-worthy, morally-grounded bunch can fall face flat to it? Jibike was nearly the last person I would ever have imagined in this situation. She was in no way trying to justify anything. In fact, it seemed more like she was reporting herself so she could be chastised and smacked back to reality. Like she felt too engrossed to act on her own intuitions. From all she told me the guy in question did not fit the profile of the serial cheater at all. They were two arguably sane people who all of a sudden lost it, and in no way do they even represent the most extreme stories seen and heard of.

Covetousness. It has to be the insanity of fatal attraction. The ability to feel so strongly about an object that one develops the insatiable urge to lure it. Intelligent reasoning typically fails until the fireworks are out. Covetousness is the competitive desire to dominate or possess. A survival skill. “A sin of excess”.

This insanity is seriously underrated and it seems no one is totally immune to this madness. It transcends social or marital status and has an unapologetic way of ignoring the ornament on the third finger or any noteworthy status for that matter. My sister has a ‘marriage mantle’ she adheres to: under no circumstance does she go on even the most mundane social outing alone with any man, married or otherwise, asides her husband. She says that how it starts. Luckily, her profession does not require ‘business meetings’, the basis of Jibike’s case. Many sense the ‘start’ yet sweep all restraining urges away to enjoy the temporary thrill of feeling so ‘appreciated’ and on top of someone’s clearly unstable world.

We are not reasonable well-mannered people. The truth is, to various degrees, we are insensitive, selfish beings capable of defying intellectual logic even with the clearest view of doomed prophecy. Even if a man or woman bears a billboard across his/her shoulder boldly reading ‘I AM UNAVAILABLE!’ some will still seize the chance to conveniently rearrange, expand and interpret the message to read ‘I AM AVAILABLE since where there is life there is hope’. Infatuation completely takes over, holding on to Mr/Mrs/Ms. Unavailable’s attention with fake regard for who may get burnt in the process.

You cannot dictate who you are attracted to but you can control whether or not to go beyond the early fuzzy feelings, especially knowing the facts. I think treading the thin lines of fatal attraction is not a war worth fighting. Does it take a whole lot of common sense and self-worth to figure this out? Gone are the days when a simple indication of being in a relationship, engaged or married would ward off the ‘you know who’. Now it’s mortal combat! What is it about being so strongly attracted to someone that makes people sway against the very standards they embraced till that point of insane fatal attraction? Would anyone really cheat on their partner given the “right circumstances”?