BN Prose: Karma is a Mother by Myne Whitman 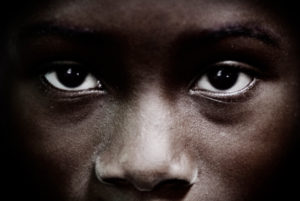 I have not seen my mother for a very long time. I last saw her when I was in Junior Secondary School at fourteen years old. It is almost a lifetime away yet the events of that day are so clear in my mind that it seems like only yesterday. Another thing that has not diminished with time is the hurt and pain that followed that last meeting.

We were having an Economics lesson with Mr. Ogbonna, the only young male teacher in the all-girls school. Midway through the lesson, a senior student walked into the class and asked to speak with the teacher.

“Belle, you have a visitor at the principal’s office.”

A visitor ke? It was still Wednesday and visiting Sunday wasn’t till the following week anyway. Not that I was expecting anybody to come. My parents were too busy quarrelling with each other to remember me most of the time.

When I saw my mother seated in the school reception chatting amiably with one of the vice principals, my face brightened in a hesitant smile. It had been over two months since I saw her last.

“Good afternoon Ma,” I greeted responding awkwardly with one arm to her tight embrace. We were not very close and things had got worse when the quarrels began. I replied in the affirmative as she asked about my welfare and how I was getting on with my studies. The walk to where her car was parked took just a couple of minutes. There was a strange man in the car reading a newspaper but she didn’t introduce him. Still he was too well dressed to be her driver.

“How come you were able to come and visit?” I asked.

She usually found it difficult to take time off work and sometimes worked weekends as well. Maybe that was to be expected of a bank manager but I had always suspected that she worked such long hours to reduce the amount of time she spent at home. Especially when my dad was there, but that also meant we got to spend less time together than I would have liked. With me in the boarding house and seeing little of her during the holidays, we had drifted apart. Still I really loved her.

“Belle, I have something important to tell you. Your father doesn’t know I’m here, he wouldn’t have agreed for me to come if he knew. So I think it is best this way.”

I remained quiet but my thoughts roiled. When was the last time they had both agreed on something? And what was it she had to say?

“I can’t live with your father anymore Belle.” She spit it out, her face tight. “It is just not working out. If I remain in that house, one of us might end up committing murder.”

I looked into her eyes and tried to make sense of what she was saying. When I fully realized how serious she was I blurted, “You’re not leaving, are you?”

She nodded curtly, turned away from me.

Tears pricked my eyes and I grabbed her arm. “But you’re my mother and father, parents live together. I know father can be annoying sometimes but you have to stay. You have to stay for my sake.”

“It’s not as easy as that my child. I really have to go.”

“But mother I need you. I want you to stay please?” I was begging now. I wouldn’t think of the bumpy times brought on by my teenage angst and insecurity in my parent’s marriage.

“Belle I’m sorry, truly I am. When I married your father, I didn’t know it would end like this.” She had faced me again, took my face in her palms.

“But it doesn’t have to! Who will be my mother when you go?” I interrupted as the tears began streaming down my face. I rebuffed her efforts to hug me or wipe my face with a hanky.

“One day when you’re grown up you’ll understand Belle. I’m leaving for America next month and will be settling there.”

My tears almost dried at that. “You’re going to live in another country?” I shook my head in disbelief. “That means I’ll never see you again!”

She did her best to reassure me, “You’ll certainly see me. I can pay for you to pay us visit at least once a year. You remember how you enjoyed the trip to see Auntie Rose when you were ten. We’ll have so much fun exploring my new place.” She stopped and stole a look at the man in the car who I noticed was looking at us now. “Obike will be with us.”

“Who is he?” I asked belligerently even though I already had an idea.

That was the first time I experienced heartbreak. The tears were pouring in torrents now, going into my mouth and down my chin. Pain wrapped cold tendrils around my chest and I struggled to breathe. My head moved from side to side.

I cut her off mid speech with a scream. That was the only way to get past the lump in my throat. “I don’t want a new dad; I don’t want to visit you anywhere! I want our family to remain as it is now.”

“You’ll like him when…” She tried again to hold me but I shoved her off harshly.

“Never!” I wasn’t going to plead any more. The curses that followed were bitter. She was married to my father. She was my mother and had the duty to remain with me till I was grown up. “If you leave me, I would never forgive you or speak with you ever again. And divorce is a sin; God would certainly punish you if you leave us…”

“Belle stop it, you cannot say such things…”

“Then stay and make me stop!” She moved closer and I backed off. “Don’t touch me! I hate you and I hate him!”

I ran off blindly and though we spoke a couple more times, that was the last I saw of her.

My father became even more morose after she left and started drinking at a point. I was angry at him for allowing or making my mother desert me and took it out on him and the lots of women who filed in and out of our lives. None lasted more than a year. We only made our peace several years ago after I graduated from University and started work in his legal chambers. I am happy we did because he died last year leaving me an orphan. Almost.

Yes my mother is still alive though we haven’t spoken in almost two decades. I don’t know her or care for her. She means nothing to me after she chose another way of life over me. I heard through the family grapevine that she married Obike after they moved and as time went on, had two more children. She sent a few letters over the years but I never read them, always tore them as soon as I received them. Whatever she had to tell me, I did not want to hear.  I never wanted to see her again.

These thoughts ran through my head as I stared without emotion at the pattern of the carpet between my sandaled feet. Why am I thinking about these things you ask? Why now? You see, it was so much simpler to avoid thoughts of her and hate her when she lived in the United States. But now, my mother is back in the country. She is right here before me and keeps talking to the top of my head. She has terminal cancer. She only has a few weeks at the most to live. She has come to make peace.

I finally look up at her face. It is thinner than I remember, pale and shrunken. I do not hate her like I wish. Karma has played a very sick joke on me.

Related Topics:Myne Whitman
Up Next

Literature’s New Rock Chick, Adaobi Tricia Nwaubani – Author of “I Do Not Come To You By Chance”