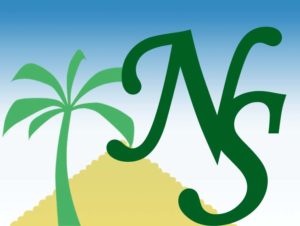 Naija Stories is a website committed to promoting the writing and reading of Nigerian Fiction. They are a social network for Nigerian writers of all skill levels and readers of both genre novels and literary fiction. It is an avenue for readers and publishers to discover new authors and for writers to share their work, gain recognition, and connect with their audience and each other. For writers, this is a place to showcase creativity and get inspiration. For readers, they can feast to their heart’s content.

One of the ways the website uses to achieve its goals is through writing contests with cash prices. The website launch contest in April has a total prize haul of $400. A second writing contest to promote Nigerian books was done in conjunction with the three major Nigerian publishers; Farafina Books, Cassava Republic Press and Dada Books. Contestants were asked to review and discuss their favorite Nigerian books both past and present. The contest took place in July with a grand prize of $50 and several free books from the partners.

The Nigeria Independence Day Contest was set up to mark the October 1st and [email protected] celebrations. Short fiction pieces were required of contestants to reminisce on what’s changed in the past 50 years and what we’re looking forward to. The total cash prize of $300 was used to sponsor the contest.  The contest opened on the 8th  September 2010 and by the deadline 35 entries were received. However seven were disqualified for not meeting the submission guidelines which included word length, style (prose Vs poetry), Article Vs fiction, etc. The qualifying 28 stories were thrown open to votes from the 24th of September 2010.

Voting was completed on the 29th of September and we selected the top stories from the poll for our final shortlist. These are the 14 entries which each received over 1% of the 528 total votes. They are; Nigeria by 2050 – Joshua J Omojuwa, Bundle of Joy – Iweka Kingsley, Nigeria’s Independence Day – Boomingsols, The Parade – Sylva Ifedigbo, Never Again – Dipo Adesida, A Heart for the Game – Remi Roy, When the Green Storm Calms – Emmanuel Ukoh, Party Hats And Cake Optimus – Chika Eneanya, My Independence Day – Anderson Paul, Passing of a Memory – Fred Nwonwu, Electronic Freedom – Emmanuel Iduma, Lonely Hearts – Funmi F, The Dance – GG87, and Mr Olumide’s  Experience – Lawal Opeyemi.

These shortlisted stories were further  reviewed by the Naija Stories Editors and graded with regards to Creativity, Use of Language, Relevance to the Independence Day theme and Polish/Grammar. The winners were selected and announced on Friday, Oct 1, 2010. They are.

This was a brilliant story which evoked the relationship between the governing elite and governed citizens of Nigeria. The writer creatively expressed a desire for a change at 50, using the device of a mutating Facebook relationship. And even though the narrative spoke of an abusive relationship, it was amusing in the way the female protagonist chronicled its progression with terse updates, and ultimately uplifting to see the final update – ‘Free’.

This story related a very personal story that was forever in the mind of the protagonist and tied it to the event of Independence Day. The best part is the way it showed how the passage of time had tempered his excitement and expectations, and how he realised how much older and much more aware of his physical limitations he had become – perhaps this is a metaphor contrasting the exuberance of independence day in 1960 with the realism of the situation today?

This is a well-written story, not least because of the rather unusual style of its telling – short sentences delivered verse-style, each with its own punchy point. I also liked the idea of the child who seems condemned to a struggle at the time of his birth, but who is determined not to let the struggle get the better of him. A great metaphor for Nigeria at 50.

Ten stories also got honorable mentions and are listed below.

Related Topics:Naija Stories
Up Next

“Lights, Camera, Scandal?” – Mo explores the world of Nigerian Showbiz – This Week on “Moments With Mo”