The Rooftop MCs Will Be ‘Back At One’ 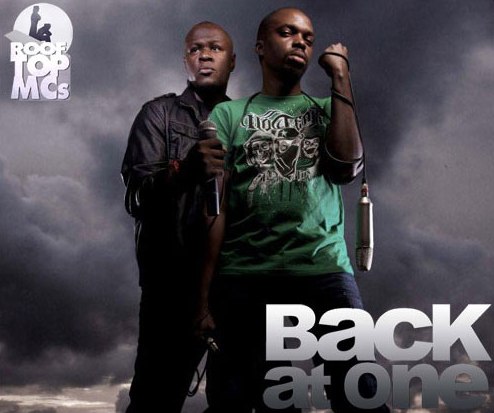 Never has truly seeking God been so cool since the Rooftop MCs arrived on the scene. They made their mark ever since their debut as a group dedicated to breaking all forms of defined perception – from how a Christian should be perceived, to what kind of music a Christian makes (Christian Hip-Hop was a rarity at the time) and how music itself should be done. Comprising the crazy character – Soul Snatcha and the more brooding one, Sokleva; they carved a niche for themselves both in their music and their lives.

Their debut single, Shock The^rap-y (and album of the same name) made shock waves in the mainstream at a time when listening to gospel songs were restricted to Sunday listening and the absolutely religious. Another of their singles, years later, Lagi Mo achieved the same feat. In due time, both the Church (which rejected them at some point) and the main stream have uneasily accepted them (to some extent)

In their renewed outing, after their collector’s item – Drunken Masters, they work with mainstream’s best from M.I to Mo’cheddah, Jesse Jagz as well as Tha Suspekt. Back at One is the title and it will be available for Free Download. A definite rarity in an industry governed by cash payments.