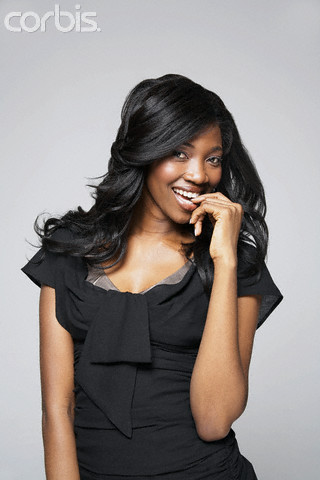 A few weeks ago, my cousin put up a status update on her facebook page. I can’t remember her exact words but it read something like this, “Today my pastor gave an example of a girl who had sex with a guy she had only been seeing for three weeks. He expressed shock at this, wondering what kind of girl would do something like that, but I’m thinking maybe she just wanted sex.”

As I read that status update, I couldn’t help but think it was rather blunt, but in a funny and ironic sort of way. The girl was just expressing a fact that most men (and some women) this side of 21st century Africa have not come to terms with yet: the fact that a woman can choose to have sex with whomever she wants to, however she wants to and whenever she wants to.

You see as a man, and an African man at that, the idea that we have is that women are to remain passive regarding affairs of sexual activity. Yes, I know that the women in the West have been liberated sexually for years but we aren’t in the West now, are we? The way it works around here is that a guy spots a woman that he finds attractive then toasts her. Whether or not he is really interested in going into a relationship with her or not, is moot when sex is involved because as we do know having sex and being in a relationship with that person we’re sleeping with is not always mutually inclusive. Now the truth is most guys wouldn’t mind if they can have all the sex they want without the added strings of a serious commitment. It is seen as a normal thing, right guys? But why do we find it difficult to grasp that the same can apply to women? Picture this, women behaving like men and sowing their wild oats about! Shudder! Shudder or not, this is something that has been going on surreptitiously for years in our society. While the guys reading this might be in denial, I know the women know what I’m talking about. Guys foolishly think that they hold all the cards when it comes to getting it on. For real mates, do you think that booty call, friends-with-benefits classmate, or neighbour or colleague is just sitting around twiddling her thumbs, waiting for you to cycle back to her? Yeah, perhaps if you are doing the job properly, and as often as she wants it; if not, dude, she’s getting it on with one or two other guys.

It is not the intention of this article to highlight the promiscuity of women o! Far from it. I only intend to bring to light the fact that women now make their own choices as regards sexual encounters and escapades. Allow me to illustrate. Once upon a time, many years ago when yours truly was just out of secondary school, and was at the University of House, there was this neighbour that would come and help about the house.

You see, I was the only one at home at the time and we did not have a house-help and so she volunteered/was co-opted by my mum to come clean the house, fetch water etc. Now I was still largely a very good boy then and it took me a while to notice how lovely looking this girl was. Never mind that she was exotic and was older than I was, the girl was what I have now learnt to describe as voluptuous. I’d wake up and walk to the kitchen where she would be doing one thing or the other and just scope her until she either noticed me or I broke the silence. We began to chat and I generally used to keep her company and make her laugh while she was doing her chores. Before long I started making moves, trying to get a kiss here and there etc. Her initial reaction was to discourage me but I was having none of it; I was bored out of my mind and it was rather exciting to seduce a woman. With time she’d kiss me back and all that but she never let things go beyond that, try as I may. This went on, on and off for about three months and I had already given up the idea of getting any when one Sunday evening (I was home alone of course) I heard a knock on the door. I opened it and there she was with a smile on her face. She asked if anyone else was home and she came in. However, I was not in the mood to get turned again so I invited her to sit while I went ahead to finish my movie. I offered her something to drink but she was not interested. Every now and again I’d look back at her and she would smile and give me a look. Then I noticed her sitting position and that sent a clear message that things were going to be different this time round. And they were! It baffled me for months after that as to why the day she chose to get down I didn’t have to psych, persuade, or trick her into it; she did it because she wanted to and not because of my seduction skills. Period.

Come on guys! Do you remember how in school you thought you were the bad guy, the one making all the moves, toasting, macking and seducing women left, right and centre? It might come as a shock to you but maybe you weren’t as bad as you think you were; maybe the women wanted it just as much as you did! It was very easy for us to think of the girls as passive creatures waiting to be blocked by us, and then toasted over a few weeks, then invited over to the our place and then due to our Art of Seduction skills, she yields to us. Wrong! Haven’t you figured it out yet that the occurrence of sex is all down to the woman? She chooses the time, the place and how often it occurs. Ask married men, they will tell you.

The issue of frequency depends on how good you are at it, because if it was not good for her, then you would probably never see her again (except she’s run out of options of course!). Dudes, didn’t you ever have that female friend who would just turn up at your place uninvited, or who would call you out of the blues knowing full well that eventually one of you was going to get invited over, even across state lines?! Hope you are getting the picture now? Yup, you were the booty call not her! (Note: if you were that good, over time you would not have to work so had to get her to come around or get invited over. You feel me?) Guys are highly predictable and girls have used this to their advantage for years, not bothering to correct the erroneous notion that men call the shots. Men need to realize that women are creatures of discretion. They cloak their sexual activeness behind a veil of discretion, which dresses them up as innocent damsels caught in the wily snares of debauched men.

Even in areas of sexual specifics, women dominate, they tell us what they want, how they want it and in our aim to please we obey them. The men that can’t get with the programme get moved over for more obedient and willing participants. Women have broken up with boyfriends, changed their minds about their life partners, cheated on their partners and even gotten divorced on account of this. I know too many examples. Women today have no patience for such sexual ineptitudes.

Thus, is the sexual revolution and liberation that has been going on behind the scenes for years. Women are in charge, whether they come off as passive or aggressive in such matters. It may come as a shock if you are a traditional African man. Guys, my advice to you is to get with the programme; it might be more of a benefit than a cultural anomaly at the end of the day.