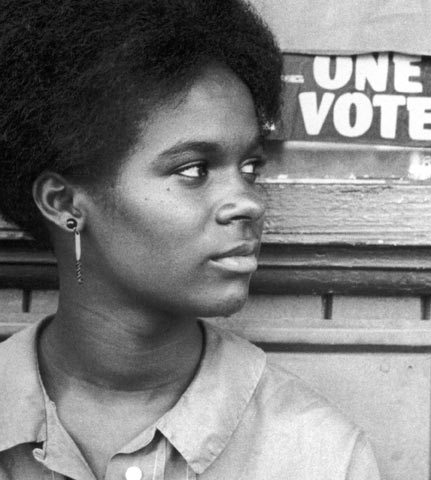 I have never voted before, and I am twenty six. I could have voted in 2003 and 2007 if I really wanted to, but  I decided it was not that serious. I  registered  to vote in 2003, but didn’t do so eventually  because of a pronouncement by Abel Guobadia, the  INEC chairman of that era. On a cool dry morning in the premises of the College of Medicine, Idi Araba;  psyched by ideals of a ‘fresh’ President, I had subjected my fingers to be swathed in purple dye, which was the give-away of all of us who had registered. But alas, the day came for elections and I was found wanting because Guobadia insisted that everyone should vote where they registered. I was at home for a break and I didn’t think a jerky bus ride from Victoria Island to Idi-Araba with all its attendant inconveniences was a worthy price to pay for voter involvement. It’s not that serious, I thought to myself!  That year, Obasanjo was re-elected into office, but that is a story for another day. In 2007, voting was not on my mind because NYSC took all the space.

I really started to think of my political involvement when I remembered that this month is voters registration month and April, election month. It’s a busy month for me; family obligations, school, career, writing, etc. I am nearly slipping into complacency again and wondering if I would vote this time and I know I am not alone.

There is such a thing as voter apathy, a term used to describe a perceived apathy (lack of caring) among voters in an election, but I don’t think anyone has more voter apathy than the young Nigerian female. Let’s examine it critically; if you’re  between the ages of 18 and 25, your time is probably spent worrying about admission, school and exams, boy-friends and their marriage suitability, getting a power job, money, how your next Blackberry subscription will come, how many months you may need to spread the payment for that Brazilian Hair, and stuff like that. Or if you’re between 25 and 35, you’re at the point where you’re waiting to be found, while the eligible guys are waiting till they make millions; or if you have been found, struggling with two kids, harassed, in a place like Lagos where you spend three hours in traffic to and from work. And then remember, you still have to resume in the kitchen!

So when you hear Zaki with his torchlight singing Goodluck’s praises on TV or that annoying trio of Saint Obi, new Miss Pepeye and the other guy (can’t recall his name), you just hiss and go. Who cares? Please, where is the remote? Then, you flip to E!, where you can hear that juicy gossip to cool off, or Africa Magic where your brain cells can temporarily hibernate.

A few ladies I know are involved in politics; they were either in the Student Union in the University or have been involved in certain protest rallies in town, but the truth is: majority of us still can’t be bothered. It is either we are frustrated by the inconvenience of physically voting, or we feel our vote will not count/the election has already been won by one side, or we feel it is not worth our while to educate ourselves on the issues and so the vote won’t be worth making. This, I believe is a form of rational ignorance. A disturbing ailment faced by many Nigerian youth!

Disturbing, because it has been well documented that 70% of Nigeria’s population is under 35, with a good chunk of that percentage being females between the age of 18 and 35. Now that is one powerful sector! So that means, if we choose to educate ourselves on what the country needs at this time and who best can deliver it, then we may just have changed the course of Nigeria’s future starting from 2011. The activities of young people, including ladies at the just-concluded Delta State rerun, just shows how powerful we are. I saw minute-by-minute updates on election proceedings on Facebook and Twitter. Way to go! But the big one is still ahead of us.

So, when it’s time to register, let’s all come out and do so, and then follow it up by actually voting.  After all, if we have a good leader, and the economy is better, then maybe we would be able to afford BB subscriptions without sweat, and the guys won’t have to wait to make millions before settling down.

Related Topics:2011 elections;
Up Next