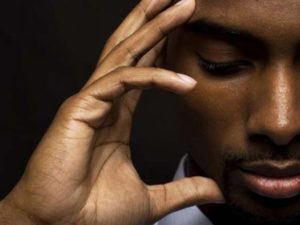 Ok! I feel that I have been unfairly criticised by a section of BellaNaija readers as being chauvinistic and anti-women! Nothing can be further from the truth! Yes, I may have dwelt on issues that affect mostly women, and in my attempt to paint an “ideal” picture I may have run afoul of the feminist code! But truth be told I have ever so often criticised my fellow men when and where they have messed up in their dealings with the opposite sex. My consistent readers will bear me out. I simply love women! Having established that, this article addresses the failings of many Nigerian men! I hope by this I would have conveyed a truth that needs to be told and read.

My brothers you are slacking! Seriously falling my hand! Every other woman I meet has something bad to say about you! Why? I have the “enviable” position of having quite a number of women as friends, three-quarters of which are single and in the age range of 25 to 35. These women are doing quite well in their chosen fields; they are pharmacists, IT professionals, HR consultants, media practitioners, telecoms workers, lawyers, advertising practitioners, finance gurus etc. They are beautiful, smart, sexy and very nice, but more than 90% of them are not in any meaningful relationship. I ask why, and the general response is that the guys are just not serious; meaning that they are not ready for a serious marriage-bound relationship. They only want to (excuse the phrase) “chop and clean mouth”.

I then look at my guy friends and I find that over 90% of them are also single! So I wonder what the heck is going on. I have tried to talk to and psych my friends into marriage or at least a serious relationship but all to no avail. In fact just last Sunday after church, I specifically told two of them that I was tired of talking about Arsenal FC, Manchester United and Champions League football! I told them that I wanted to be able to talk about dirty diapers and sleepless nights, trips to the hospital, what schools our kids are attending and generally gossip about our wives’ overreaction to that innocent text message! We laughed and the very next minute we were back to talking about football. And these guys are doing well, bankers, oil and gas marketers, real estate agents, media practitioners, bankers, telecoms practitioners, etc. So what is the problem I ask again?

Well I think that first, the Nigerian man has very recently discovered certain distractions. Distractions in the form of the English Premier League, Primera Liga et al, PS3, PSP, the X-box and their accompanying video games help them to hold on to a certain level of immaturity and irresponsibility. They relive their childhoods, refusing to grow up to that point where they should drop the control pads and grab the diapers. They are ok just being only responsible for themselves. Yes, a few days in a week taking care of you is better than an everyday affair they reckon. The recession of the last few years has also not helped matters as financial realities stare them in the face. It’s hard enough taking care of themselves, not to talk of a wife and one or two kids. They are not ready to understand that sometimes marriage is a partnership, perhaps because of their previous relationships where they were expected to step up financially.

Another reason is the fact that these men have realised that they can still get married at age 40 or 43! After all there would always be an endless supply of women that they can tap from. Following this line of reasoning, younger women have always made it harder for older women to get married. They come into the market in their prime and beat their older counterparts to the punch. It’s simple Economics of demand and supply! Why would a 28 year old guy get married when he can still get married at 35 to a 25 year old girl? So the older women lose out. Also, the men feel that at 40 they would have the financial resources to marry a wife. This is certainly true of my Ibo brethren! Ibo men have been “told” that they need to become multi-millionaires in order to marry their women. Only one out of a whole lot of Ibo friends I have is married today!

So it appears that the Nigerian single woman is at a disadvantage. So what does she do? She tries to turn things to her own advantage and buries herself in her career and her business, or she continues her education. The number of female PhD holders is on the rise. A friend left his long-time girlfriend here to go do his masters in the UK. He finished and then began his doctorate! Poor girl is still here pining for him. So in order to kill time what does she do?  She does her masters here and has now started her PhD as well. I don’t blame her for let the guy not come and say that she’s not “up to his level” academically tomorrow! So we now have a society where women are becoming increasingly more successful and accomplished than the men. Now does this help matters? No! Why? Because the average Nigerian man can be very self conscious when it appears that his girlfriend or wife to be is more successful than he is! Devotion to career, business or academic pursuit sure has its financial rewards and Nigerian men are not tapping into this. So the women inadvertently raise the bar and the men feel that they are even more justified in waiting until they are more successful for marriage.

It pains me to say this, but the weight of evidence does suggest that Nigerian men can be cowards! They are afraid of strong women so they steer clear of them, preferring to be with the ones they think they can manipulate. To be fair, for some it may be due to a previous relationship that ended badly. But that is not reason enough to chicken out of dating and marriage. Nigerian men need strong women, women that can compliment them and gently whip them into shape, mind you not hard hearted or wicked babes o! Nigerian women also need to put themselves out there and take charge of their relationships employing tactical strategy.

But then again I want to believe that there are still good guys out there. So why aren’t the good single women meeting the nice single guys? Is there a dearth of nice guys? Or aren’t there any left? Besides, some guys argue that the good, nice guys “carry” last.  Is this true or just an urban myth? Now that is a topic for another day.