Thou Shalt Not Lie! 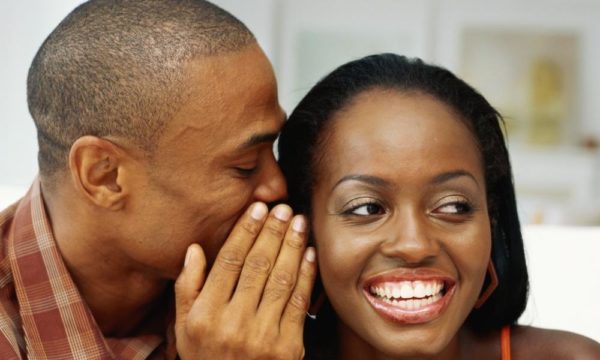 I have a bad case of writers’ block, so this is article is going to be a light hearted affair. This article dwells on the subject of Lies. I am sure that you would agree with me that a few lines on the pages of BellaNaija would not do justice to the subject of lies, but I will try.

Lies are a part of our lives, blatant ones, white ones, and stupid ones. People lie about everything, from their age, to where they work, their qualifications, relationship status, and where they live. Why people lie is anyone’s guess, but it is the kind of lies that is mind boggling, to me, at least.

Most guys always feel the need to impress women that they are interested in, so sometimes they allow lies to creep up into their conversations with them. The funny thing is once you get started on a falsehood, you can’t stop, as you need to lie in order to back up a previous lie, and soon they have built a relationship based on falsehoods. Well for me, the good guy that I am, lying was never really an option. Maybe it is because I learned from an early age not to tell fibs. As my mother would say, “Lies have very short legs.” Lies can only take you so far because sooner or later you will be found out and then woe unto you!

Blatant lies are the funniest and ironically the most believable! I had a neighbour in school who shared with me one of his tactics when he was toasting a girl. He would during the process of self disclosure tell her that his father was an old contractor friend of the late president Gen. Sani Abacha or some other person that served in that regime, and because of the change to civilian government, his father had been jailed and his assets seized. He would add that he really ought to be schooling abroad but there were now no funds to send him abroad. He would tell an elaborate tale of how his family had suffered persecution and how his mother had gone abroad etc. He would also hint of some assets, accounts and properties that the govt did not know about, adding that some close and influential family friends were doing everything to secure his father’s release. Then to buttress his “I’m supposed to be rich” status he would take them to the best places to eat on campus where he would address the waitresses by first name giving the appearance that he was a regular there. For some reason this tactic worked and the girls fell for him, some form of love/pity thing. When he was tired of the girl, he would suddenly be unavailable for a long period of time, and if she mistakenly caught him on campus he would make up a story of how he had to travel to theGambiato follow up on his father’s account there!

There is also exaggeration, which to me is a form of lying. You stretch the truth in order to accommodate certain qualities. I am sure you guys heard the story about the lady who returned home after an extended stay in theUS, and got a mid-level position in a local bank after exaggerating her role and position in theUSbank that she had worked for. She fooled her interviewers and her bosses for a while but in the end she was found out as she could not deliver on what she promised. Further investigation revealed that she had been nothing but a clerical officer in the saidUSbank. Yes, some of us stretch the truth in our applications and interviews but hers was one hell of a long jump! I also remember, as a teenager, I refused the advice of my older cousin who told me to tell a girl I was toasting that my dad drove an E-Class. I argued and said that my dad drove a Benz “regular” 230E and he said, “Yes now! Is that not an “E” Class?” I refused, picturing in my mind what would happen the day she laid eyes on the car!

And it is not just the men who lie or suggest that you lie. I laugh whenever I remember this: in my first year in school, my female cousin wanted to hook me up with her friend whom I liked. She went on to explain how she had toasted her for me by selling my unique points, which included the “fact” that I was born abroad, had cousins in theUSandUK, how I went on holiday regularly, etc. Jeez! I almost fainted! When I expressed shock and the foolishness of such lies, she told me to relax and that since I spoke with an accent, I would be able to pull it off!

Another extension of the lie is prevarication, i.e. when you avoid telling the truth. Now I would admit that I am guilty of this one. Sometimes when people ask certain questions about us that we wouldn’t really want to answer, we just prevaricate. There are many ways to do this: we could answer with a question (Naija style!), or give a vague response, give a long winded answer that doesn’t really answer the question asked. Sometimes prevarication includes not correcting a false impression or deliberately withholding information vital to the relationship or anything for that matter (this includes those of us who rent apartments and then go on to sub-let it to others!)

Funny enough lies are the easiest things to discover given that we are a nation of talkers – we always know someone who knows someone who will spill the truth about someone else! For me fear of discovery has kept those imaginative stories I mentioned earlier away from my lips because when yawa gas enh e fit nor get part 2!

For me I just feel that lies are a no-no. It smacks of immaturity, poor self esteem and confidence, and fraudulent intentions! Why would anyone lie to impress a guy, girl or prospective employer? Be yourself. If you are not happy with who you are improve yourself and match the lie you want to sell. Shikena!