Ofilispeaks: What Underwear Taught Me About Customer Service 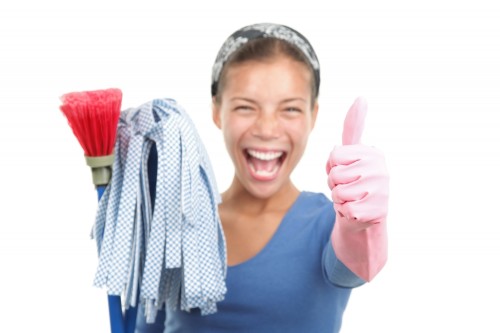 My first ever job was born out of necessity. I needed the money or I would starve! It was my first semester at the University of Houston and of all semesters to arrive, I choose to come in the spring semester where the temperatures were treacherously low. Sadly my first job was to referee soccer games outside in the blistering cold! The job was wretched, I hated it and felt sick almost everyday from the merciless weather. At that time I could not afford proper winter attire so I made do with whatever I could lay my hands  on.  I was able to routinely manufacture winter gloves by placing several latex gloves over each hand, but this did little to mitigate the cold sneaking through my fingers!

It was a relief when I finally got a  job that required me to work indoors. I was assigned to do inventory management at the University gym. It was 10 times better than freezing in the cold and I even got to watch TV during downtime! The only problem was the inventory, which included various sports uniforms and equipment. This was not really an issue until I realized that I had to wash them also. So people would dump their sweaty uniforms and I had to cart them off for laundry dispensation. If that was not bad enough I came to find out that  I also had to wash a certain item called jockstraps. The first time I heard about jockstraps I was confused I thought they were some type of shorts. In a way I was right but they were more than shorts…they were male underwear used to protect the male genitalia during sports and other vigorous activities. I stood  rooted in confusion when I realized that they were part of the repertoire of uniforms I had to wash! Somehow I had gotten  a job as an underwear washer!

I never understood why people would wear jockstraps, but I did not complain because they ensured I had a job and better yet that I stayed warm. So I plunged into my menial role laundering and distributing jockstraps for the next 3 months. But something peculiar happened during that period, something that I totally did not expect…all the customers were nice to me. They respected what I did despite the fact that it felt like a menial job.

As I reflect back on my days in the gym I begin to realize that the problem of poor customer service in a lot of cases originates ironically from the customer not respecting what the employee is doing. You have some customers who feel that the employee is some sort of slave sent down from hell to do their every bidding at a whim without a whiff of complaints. In situations like this, the employees are seldom smiling or happy and who can blame them. They spend half of their time being yelled out by people (some reading this article) who feel that they (employees) are merely an extension of that houseboy or servant that they left at home. They fail to see the dignity of their job and if there was any dignity in it, they strive to destroy with loud yelling and finger snapping. The lack of disrespect can be tracked to the never-done-it effect. You see, in developed countries almost everybody has done some form of a menial job as a kid. It could be as a server, or as a cleaner or laundry assistant. But for the most part most people have gone through this…so they respect others in similar positions. They look at them not as door mats but as legit people, because they have gone through the same thing and understand how difficult the job can be. Unfortunately the same cannot be said in countries where the low employment rate does not allow for people to be exposed to jobs like that. The average American has a way higher chance of flipping a MacDonald burger before his first real job than a Nigerian grilling chicken at Sweet Sensation. This lack of underwear washing, burger flipping type experience leads a gap in respect in several customer interactions and is ultimately a trigger for poor customer service. If we are to tackle customer service we have to start with ourselves…we do so by respecting people around us. They could be drivers, cleaners, shop attendants…no matter what they do they deserve respect.  Because people feed off respect and respect like most things in life is almost always returned.

But the employees cannot be fully exonerated as they are just too critical to the equation. They are the face of an organization and are the first point of contact with the customers. A positive attitude decorated with a smile is an absolute necessity in the whole customer service process…I learned that from my co-underwear-washing-worker Alex Tchaikovsky (can’t remember his last name so I made this up). He was a big burly Russian that had been working at that particular gym for about 2 years. Despite his intimidating look Alex had one unique trait and that was that he was always smiling. Rather than complain he found the little positive aspects of the job and enhanced it, he was able to convince me that the job actually had great benefits. For instance he would boast about how we could do free laundry at the gym. Although free laundry was nothing special, his enthusiasm made it feel special. His positive attitude rubbed off on me and I actually looked forward to going to work and showed up with a similar attitude as him. With both of us smiling constantly we were able to create an atmosphere of fun at our work place and customers warmed up to us.

Sadly the same cannot be said for all institutions. So many times I have walked into establishments (names with-held) and have been greeted with frowning faces from employees. Instantly all form of excitement drains from my face, because inevitably what follows next is a display of bad service.

But then there are those rare occasions when I walk into a place…as chaotic as a marketplace with people yelling and screaming and there in the corner is that rare employee, who just smiles through the chaos. These are the magical people who make it worth it, because no matter their situation, their job or their circumstances, they do it to the best of their ability and with a smile.

If every employee smiled just a little bit more and put just a little bit more effort, we would begin to realize the real truth about customer service. It was the same truth I realized while washing underwear for 3 months and that is that great customer service, begins with a great attitude! But employers fail to realize that and instead focus on training courses or ignore the whole situation completely. Who can blame them though, attitude is very difficult to quantify and teach. But like most things in life, it begins with us whether we are the customer, employer or employee…we have to strive to have a great attitude in everything we do!

I leave you with the words of Martin Luther King…

Ofili is an award winning motivational speaker, author, success coach and entrepreneur who blogs about life, success and entrepreneurial excellence. Follow him on BB pin: 32A137F8,  twitter , facebook or subscribe to his blog for more success TIPS!” His latest book is titled HOW STUPIDITY SAVED MY LIFE, to find out how it saved his life click ofilispeaks.com/read-book

Have a question for Ofili? CLICK HERE or leave a comment below. Ofili strives to answer every question he is asked.

BN Wedding Belles! 10 BN Brides Tell Us All About Why They Said Yes to Their Dream Dresses