The Death of Presumption 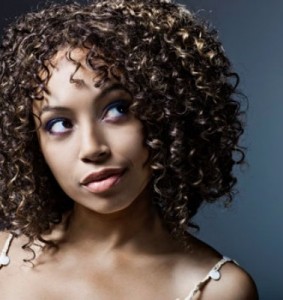 I had always taken pride in my (supposed) great instincts. I thought that I had foresight and that I had everything and everyone all figured out… that I could define people and situations in a glance. I was wrong.

I finally admitted to my delusion several months ago. Now that I have learnt my lessons, I thought to share them with you… maybe I could save a heart.

For one, I have learnt not to take gestures at face value; I have learnt to ask questions, and to be sure of each situation I find myself before jumping into conclusions.

Over time, I had prayed to God to indulge me, and give me a particular type of husband. I had a full-fledged wish list with details such as him being a godly man, with sound educational background and a good career, great personality, good looks, and the works. I had prayed to God daily to give me a man with all these great features and qualities. I described him to God as often as I had the opportunity and I was certain that He heard me each time.

One day, Mr. Almost-Right turned up, and he really seemed to be the man I had described to God – I really thought he was the one sent from heaven. He also didn’t help matters since he was so good to me. He said and did all the right things however; he did not talk about his intentions, neither did he make a commitment to me. Since I thought I had him all figured out, I did not think that it was necessary to ask him any questions. Instead, I started to imagine what my wedding dress would look like, and the preferred venue of our wedding. In my thoughts, I set a convenient date to meet his family, I determined how many children we would have… all of these beautiful feelings ran through my head and heart, over and over, and in my naivety, I concluded that this was a done deal…  Matrimony, here I come!

Several weeks into our relationship, while Mr. Almost-Right and I were having one of our many conversations, he suddenly dropped the bombshell, saying that he was not ready to commit to anyone for several years to come. He said all that mattered to him that moment was his business and career development. He added that if he saw love at a distance, he would take to his heels in the opposite direction! At that moment, my heart sank. I suddenly realised that I had been a fool, assuming the role of a god while thinking that I had all the answers to questions I never even bothered to ask.

It took me several months to get over this façade of a relationship! On my road to recovery, I killed all tendencies to presume things, and I vowed never to make the same mistake. I guess this is easier said than done since I have almost been fooled a number of times afterwards. Thankfully, I asked questions which helped to clarify things before they got out of hand.

For instance, I met another seemingly wonderful man who loved to spend time with me; he gave his undivided attention and even cooked for me. Naturally, I thought he had fallen madly, deeply, and crazy in love until I asked him the big question – “what do you want”? I almost fell off my chair as he responded, saying that he just wanted us to be friends. Apparently, he had made a commitment to God that he would never get married, but would live his life just as Apostle Paul did – traveling the world, preaching the word of God.

Now, much as I love God wholeheartedly, I really wasn’t thrilled that this particular man had decided to commit to Him this way. Of all the men in the world, why him? Again, this man (godly or not) almost got me fooled but didn’t succeed. As the saying goes, “once bitten, twice shy”. Thankfully, I asked questions this time around. I soon realised that Mr. Apostle Paul II just isn’t mine since God never makes mistakes.

I have since spent time wondering why men at times give the impression that they want something or someone when they really don’t. Why do they lead us to Mr. Presumption who can be a real pain in the a**. Do they not realise that it really hurts when they take us for a long ride only to find that they just want to be friends! Do men do this on purpose or are the ladies just too quick to presume that men want more than they really do? I always try to be clear about my intentions so why can’t they do the same?

I might never find the answers to these questions, but I have learnt to stop acting the fool, and to protect myself simply by asking questions to clarify issues. Once both parties are clear about their intentions, then all is fair and square.