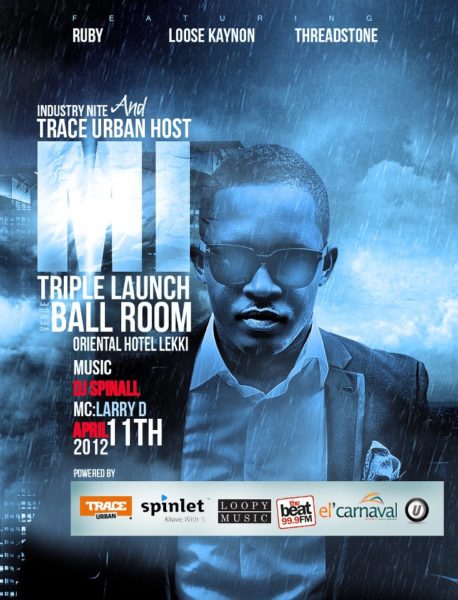 As happens almost every Wednesday, Trace Urban and Industry Nite host an artist who comes to showcase his talent and skills, sometimes with some supporting artists.

Tonight, Wednesday, Aprill 11, M.I will be hosted and he’s doing his in a big way. He’s having a “Triple Launch” ergo three big launches in one single event.