On Saturday 16th June 2012,  Nigerian R &B superstar Banky W together with reps from the International Republican Institute (IRI) and the US Agency for International Development (USAID) visited the Governor of Lagos State Babatunde Raji Fashola at the state house to interview him for a documentary hosted by the EME boss.

Banky W who is presently on set in South Africa for the hit M-Net TV series Jacob’s Cross said “The documentary is about promoting democracy in Nigeria through the youths of Nigeria and it included an interview with Governor Babatunde Raji Fashola, I had a nice time”.

According to their rep, the track “Change” off the EME all stars “Empire Mates State of Mind” album will be used as a soundtrack in the documentary. 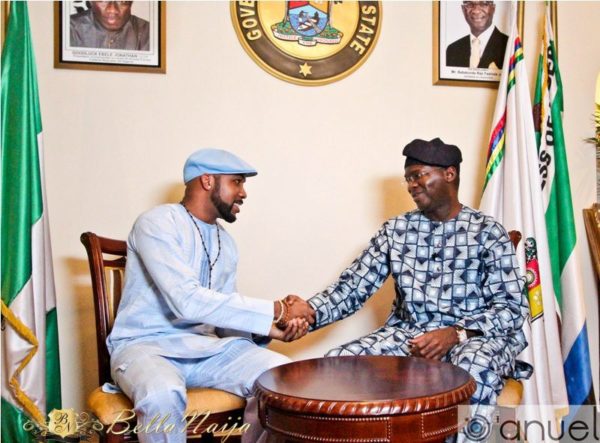