Recently, Nigerian entertainers have been stepping out of their comfort zones and diversifying into other sectors of the economy and on Friday 22nd June 2012, superstar comedian Basketmouth joined the league of entertainers branching out by officially opening his own bar emBARssy at 12 University Road, Akoka, Yaba, Lagos.

To support the hilarious comic act at the officially opening of the bar which he co-owns with Jide Salako and Kayode Peters, were some of Nigeria’s most buzzed about celebrities including Davido, Princess Dammy, Mo’Cheddah, Overdose, Buchi, Djinee, Bovi and Mode 9. BN was on the scene at the event and here are some of the photos, keep refreshing this page for all the inside shots of the bar. 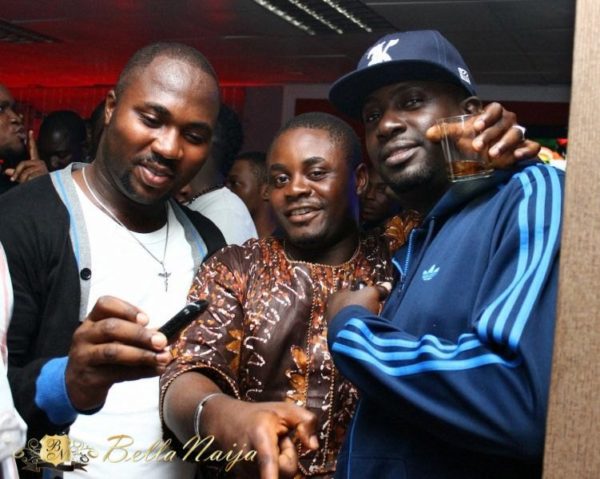 Kayode Peters with Buchi & a guest

A huge congratulations to Basketmouth on his new venture!