Fans Condole with P-Square over the Sad Loss of their Mom, Mrs. Josephine Okoye 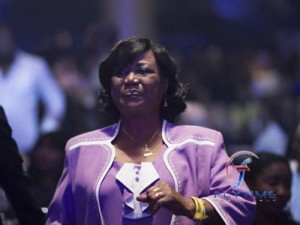 Ever since the sad news of the passing away of the mother of Nigerian twin entertainers, Peter and Paul Okoye of P-Square went viral yesterday, fans and friends of the duo have been sending in condolence messages via social media.

While the cause of her death is not yet clear, various media reports say Mrs. Josephine Okoye fell ill and sadly passed away.

Fond of attending her son’s events as often as she can, her last public appearance was at the Psquare Invasion Concert in August 2011.

Aside Peter and Paul of Psquare, her two other children Jude and Ajeh are also major players in the Nigerian entertainment industry.

The late Mrs Okoye was a relentless supporter of her children.

Below are some of the messages fans have been sending in on Twitter: 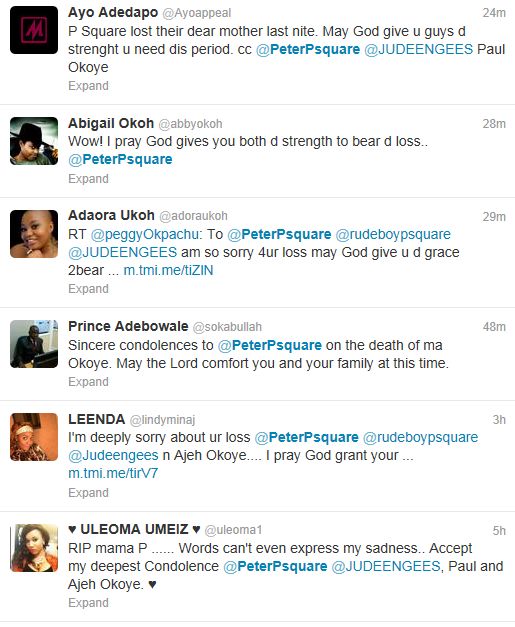 On behalf of the entire Bellanaija team, our sincere heartfelt condolences go out to Peter, Paul, Jude, Ajeh and the entire Okoye family. May her gentle soul Rest In Peace.

What Do You Think About the Appointment of Nigeria’s First Lady, Patience Jonathan as a Permanent Secretary in Bayelsa State?