Ofilispeaks: Are We Beating Creativity Out Of Our Kids? 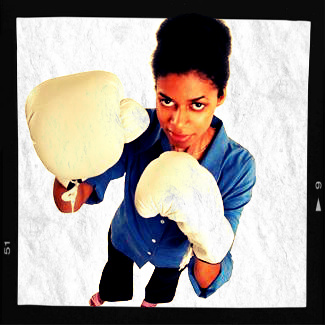 Some weeks ago, I was at the Nnamdi Azikwe Airport waiting for my flight (that flight was coincidentally suspended due to the Dana aircrash) to Lagos to be called up, when this young girl about 5 or 6 years in age suddenly gets up and starts twirling around like a ballerina. I know she was dancing like a ballerina because an older gentleman surrounded by his family stared in excitement and said “look there she goes dancing just like a ballerina!” But before his words of admiration could fully resonate into the ears of the twirling dancer, her mum screams the words most Nigerian children are used to hearing “C’mon will you sit-down!” sending the girl into a paralytic I-better-sit-down-or-am-gonna-get-whooped stance as she cowers into her seat as yet another dream is killed prematurely.

Everywhere I go in Nigeria, I see people using the S-words on their kids “shut-up” and “sit-down.” In a country saturated with the S-word, we end up having very well behaved children that are afraid to touch toys in a toy store without the explicit approval of their parents! But who can blame them? in secondary school, I was afraid to touch computers in the computer lab.

We spend the first year of a child’s life teaching it to walk and talk and the rest of its life to shut-up and sit-down. There’s something wrong there. ~Neil deGrasse Tyson

In the early 90’s when computers were just becoming popular across the globe, we were fortunate to have some in my secondary school. But we were frightened of them, frightened because the computer teacher treated those things as sacred. We were not allowed extra time on the computers and did our boring DOS exercises and were promptly made to scoot. Anyone who tried to do anything beyond DOS was met with thunder, fire and spit from the inadvertent splashes of our computer teacher’s saliva as he yelled “stop playing around with the computers.” I doubt that I would have grown up to be a computer guru if I had the free reign to play around with the computers, but I do think that someone in my class set could have done something special with computers early on. Especially if they had the same level of computer freedom as certain silicon-valley entrepreneur did in his youth. 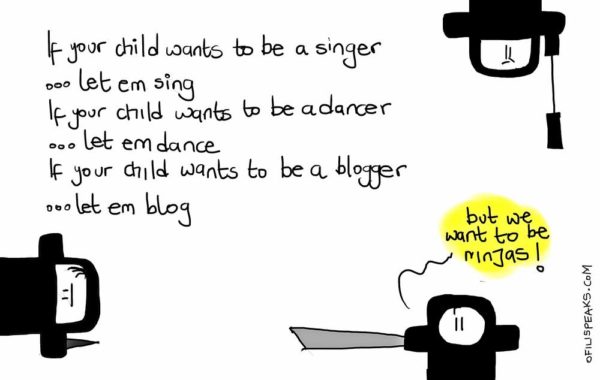 Everybody knows about Bill Gates, the intelligent computer programmer who dropped out of Harvard to create arguably the most important computer company in the history of the world…Microsoft.

His story is a tale of pure talent and genius. But what people fail to realize is that the real reason Bill Gates was successful was not solely because of an innate technical talent but rather due to a combination of talent and freedom. Freedom to explore and play with computers without being yelled and spat at.

In the 1960s, when computers were still quite rare and computer programming was still being done with the laborious and tedious punch card system, the students at Lakeside high-school were programming with something different. It was a then sophisticated computer terminal that connected straight to a mainframe computer in downtown Seattle.

One of the students that really benefited from this was Bill Gates. He was able to practice full scale computer programming for hours on end at a time when very few people had even heard about computers. To put into perspective the significance of this exposure, one has to understand that $3000 in 1968 was way worth more than what it is now. I can imagine myself in secondary school with a $3000 computer in our computer the room, the teachers will simply just make us stare at the computer but never touch it. But in Bill’s case, he and his classmates were allowed to probe and poke at the computer freely and this is what defined his success.

Sadly, I see too many teachers and parents not allowing their kids poke around, dance around or mess around with items, for fear that they will break, spoil or destroy it. That fear limits talents and stifles creativity but that is a fear we are used to because it is ingrained in us right from birth. I remember buying a toy action figure for our housegirl’s 2 year old son. I gave it to the son one morning and he played around excitedly with the toy. By the time I had come back home from lunch break, the toy was on the top most part of our bookshelf. It was as if Michael Jordan himself had lifted it and placed it on the shelf. But I know it was not MJ but the boy’s mother who placed the toy on the shelf. And that was where it remained for the rest day, after which I never saw the toy again. I really don’t know what happened to the toy, I would like to believe it was taken home so that the young child could play with it, but I doubt it. Because it was the same thing I experienced growing up, we got gifts, but were only allowed to play with them on special occasions such as Christmas day and Easter Holidays. The rest of the time the toys were locked up in some secret cabinet, which we had to break into from time to time (sorry mom) to access. The fact is that we were not allowed to be free with toys or computers and that lack of freedom affects one’s ability to create or be creative.

The honest truth is that if we are to raise creative children, the ones that will challenge societal norms and beliefs, we would have to let them be free. If the child in the airport was free to twirl around who knows what she could become. She could become a world renowned dancer.

Gillian Lynne in the 1930’s suffered from a common classroom disease…boredom.

Because of boredom she could not sit still and was constantly fidgeting in class. Her fidgeting behavior had gotten so bad that she had begun to distract her classmates. Concerned, the school wrote her parents saying in their words “We think Gillian has a learning disorder.”

Her mum, worried that her daughter might be suffering from a type of mental problem took her to a hospital for a medical analysis. They arrived at the hospital and entered an oak paneled room to see the doctor. With Gillian at her side, her mum proceeded to explain to the doctor all of Gillian’s problems in class. She talked about how Gillian was always distracting others in class and how her homework was always late. After they finished discussing, the doctor walked over to Gillian and told her that he needed to talk to her mum in a private room. But right before he walked out, he tuned the radio to a musical station and turned up the volume. What happened next could simply be described as magical…So magical I would narrate it exactly as it was narrated in Sir Ken Robinson’s classic TED talk “Are Schools Killing Creativity”

“But as they went out the room, he turned on the radio that was sitting on his desk, and when they got out the room, he said to her mother, “Just stand and watch her.” And the minute they left the room, she said, she was on her feet, moving to the music. And they watched for a few minutes and he turned to her mother and said, “Mrs. Lynne, Gillian isn’t sick; she’s a dancer. Take her to a dance school.”

I said, “What happened?”

Today Gillian Lynne is responsible for some of the most amazing dance pieces and choreography in the world and as recent as 2001, she was awarded the Queen Elizabeth II Coronation Award by the Royal Academy of Dance, which is highest honor the academy could bestow on any dancer. She went on to become one of the most successful British dance choreographers in history.

Many highly talented, brilliant, creative people think they’re not — because the thing they were good at school wasn’t valued, or was actually stigmatized. ~ Sir Ken Robinson

If it was a typical family, she would have been screamed at and shouted upon and then flogged until she literarily stopped dancing for fear that she was doing something wrong. Her name would have graced the honor roll of noise makers repeatedly. But because, she was allowed to dance and without hearing the s-words she was able twirl her way to success and today she has shared her talents with millions of millions of people and her name is written on the pages of international newspapers versus the tattered pages of exercise books as a noisemaker or troublemaker.

I often wonder about the concept of writing names of noisemakers, what it achieves or aims to achieve. I often look around at people in my class or in society that are making a difference today and it is hard to imagine them not on the noisemakers list. They are vocal, they often speak up while others are quiet, they are social revolutionaries, but they are lucky because their ability to effect change were not robbed from them in primary or secondary school by ostracizing them as noisemakers or outcasts that need to seat still and be quiet while their environment screamed to be touched.

The truth is that there are many Gillian Lynnes and Bill Gates out there, but for every one of them there are many others who would never be given the opportunity to shine. They are the funny looking ones, the ones that get on the noise makers lists, the ones get bored with school just like you probably were, the ones whose imagination runs so wild that they need to speak to express it. They are the outcasts, the outliers, the drop outs. If we are able to see the magic in them, see their potential and let them run around and scream just for a little bit we might see their talent several years later you and other adults might be running around and screaming as they unleash their talent on the world.

Ofili is an award winning motivational speaker, author, success coach and entrepreneur who blogs about life, success and entrepreneurial excellence. Follow him on twitter , facebook or subscribe to his blog for more success TIPS!” His latest book is titled HOW LAZINESS SAVED MY LIFE, to find out how it saved his life and to learn about his other books click ofilispeaks.com
Related Topics:Ofili Speaks
Up Next

Providing Help In The Midst of Despair! Nigerian Artiste, Lamboginny takes his “Say No To Crime” Project to Prisons