Many will remember the London 2012 Olympics for the record-breaking exploits of some athletes who brought glory to themselves and their countries.

Every athlete who competed at the world games worked hard, trained hard and tested themselves in healthy competition with athletes from across the world. However, some exceptional ones stood out at the games, setting new Olympic records and we celebrate their victory. 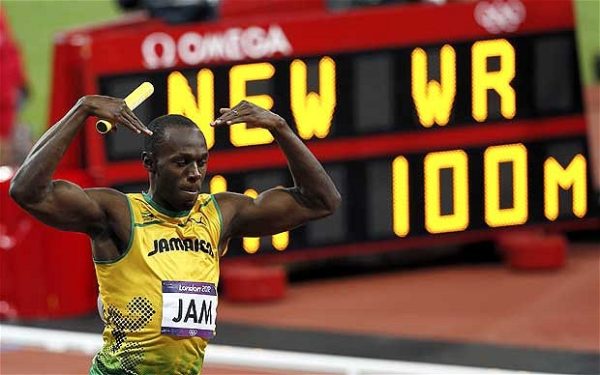 Jamaican sprinter, Usain Bolt is widely regarded as the fastest person ever.

Born on 21st August 1986, he was arguably the star of the London 2012 Olympics. The Jamaican athlete set a new Olympic record in the 100m race with 9.63 seconds clinching the gold medal.

On Day 13, racing in the final of the men’s 200m, he officially stepped into a class of athletes that no sprinter had ever reached.

While his win in 19.32 seconds broke no time records, Bolt became the first man to ever win back-to-back 200m Olympic titles.

He also became the first to accomplish the double repeat, winning both the 100m and 200m in consecutive Olympic Games, matching his feat from Beijing 2008.

Britain’s athlete, Mo Farah was another star athlete at the Olympics this year. He won gold medals in the 10,000m and 5,000m race.

The slender man who was born in Mogadishu, Somalia on 23rd March, 1983 came to Britain at the age of 8, speaking very little English. Despite a disappointing Olympic debut in Beijing, he has now become a global force. 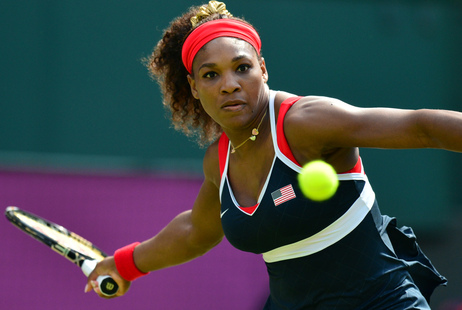 Having previously won gold in doubles in Sydney in 2000 and Beijing in 2008, Williams created history as the 30 year-old became the first person to win the golden slam – each grand slam title and the Olympic gold – in both singles and doubles.

She now has completed a career Golden Slam in singles, and only the second woman to do so, after Steffi Graf achieved it during the 1988 Olympics. As noted at the official website of the London Olympics that day, Serena Williams, who lost only 17 games in the entire tournament, beat Maria Sharapova at Wimbledon‘s Centre Court and dominated both rounds of their match. 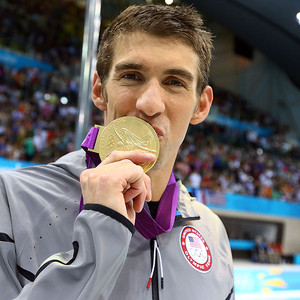 Following the 2012 London Olympics, Michael Phelps has won both the most number of gold medals and the most total medals in Olympics history.

The American swimmer took his life-time medal haul to 22 including 18 golds, making him the most decorated Olympian in history.

His individual haul of medals over the past 3 Olympics has surpassed the totals of most countries in all of the combined Olympic games of the past century so his achievement is truly astonishing.  Although Michael is still fairly young and could easily add to his medal count in the Summer Games in Rio de Jinero, Brazil in  2016, he has announced his retirement from competition in 2012.

Below is the final medals table for all the countries that won medals at the Olympics.

These are just a few of the London 2012 Olympic stars. Many more set new records at the Olympics this year and had exceptional performances.

Who were your favourite athletes at the Olympics this year? What is your most memorable Olympic moment?

Are the Penalties for the Lagos State Traffic Law too Harsh? Residents Complain over Fines & Imprisonment for Traffic Offenders