Celebrating Team Nigeria! Another Hope for a Medal - Muizat Odumosu Qualifies for Finals in the Olympic Women’s Athletics 400m Hurdles by Coming First in Semi-Final Heats

Following her stellar performance yesterday where she won the 400 metres hurdles at the semi-finals of the Olympic women’s athletics, Muizat Ajoke Odumosu is one of Nigeria’s few hopes for a medal at the London 2012 Olympics.

Born 27 October 1987, Muizat is a Nigerian track and field athlete who specialises in the 400 metres and the 400 metres hurdles. She represented Nigeria at the 2008 Summer Olympics and competed at the World Championships in Athletics in 2007 and 2009.

She was the bronze medallist at the 2007 All-Africa Games and went on to become the continental champion with a win at the 2008 African Championships.

In 2010 she won the gold medal in the 400 metres hurdles at the Commonwealth Games, and was runner-up at the African Championships and also took a silver medal for Africa at the Continental Cup.

Odumosu attended Toybat High in Lagos before moving to the United States to study at the University of South Alabama.

At the University of South Alabama, Odumosu represented the college’s South Alabama Jaguars team, she was the 400 m Sun Belt Conference champion in 2004.

Yesterday, she shocked the world by finishing her race in 54.40seconds to claim the number one spot at the semi-finals. America’s Georganne Moline followed behind in 54.74 seconds.

The finals would hold tomorrow and Nigeria wishes her the very best! 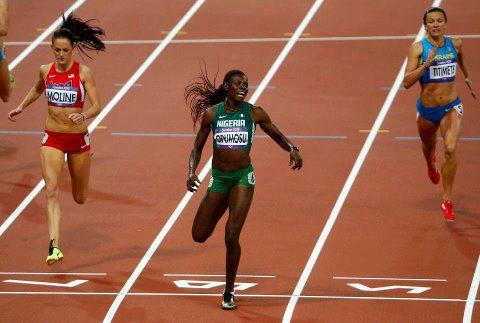 Has the Price of Bread Risen in Your Neighbourhood? Government Policies to Encourage Cassava Bread causes Bread Price Hike

The Art Of Lipstick Wearing