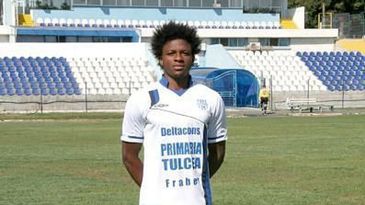 The 21 year-old was playing for CS Delta Tulcea against FC Balotești in Romania’s second division when he collapsed after 15 minutes. He collapsed with no one around him after coming on as a second-half substitute.

He was taken to hospital but he never regained consciousness.

Henry had been playing in the Balkan country since 2007 when he joined Farul Constanta.

After his shocking death, Universitatea Cluj boss Cristian Dulca, who previously coached the Nigerian, told AS.com “What can I say? We’re all shocked. It’s a tragic day for Romanian football.”

“I trained him for a year and a half and I can tell you he was a real example in training. He could’ve become a very good player.”

Henry, known to his friends as Awilo, turned 21 on July 8th.

Its really sad that such a promising talent passed on so early. May his soul Rest In Peace.

Dear Dangote, I Will Be Your Driver For 500K