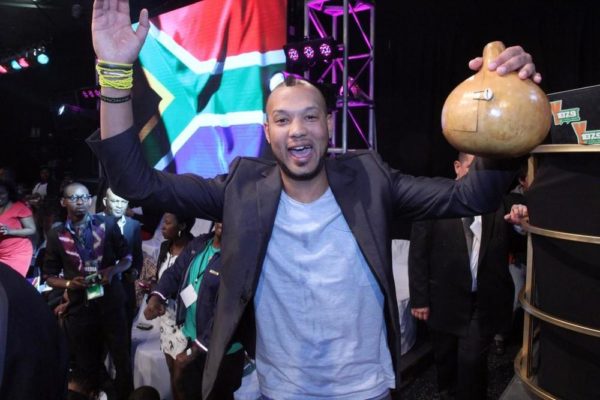 After a nail-biting finale, South African housemate – Keagan has been voted as the winner of the Big Brother Africa StarGame reality show.

The last portion of the finale came down to the trio of Keagan, Prezzo and Lady May. In the end, 22 Year Old South African Keagan prevailed.

There were hot performances from international stars including Naeto C and D’banj, however, all eyes were on the housemates including voted-off housemates who came back to the stage for the finale!

Runner-Up Prezzo was recognized for his charity awareness work in the house and has been chosen as a One Campaign ambassador and will jet off to New York to watch Jay-Z in concert.

Keagan carts away the mega $300,000 prize and possibly a relationship with fellow housemate Talia who gave him a tender kiss as she was voted off during the finale.

***
Official Press Release
The continent’s latest superstar has been born! Africa chose South Africa’s Keagan as the winner of AfricaMagic’s Big Brother StarGame last night (5 August on DStv Channel 197 & 198 at 20:00 CAT) – and rocketed him to superstardom and the massive USD 300 000 prize after 91 days of 24/7 drama and thrills.

Keagan, Kyle, Lady May, Prezzo, Talia and Wati were all in the running during the final week – but the man from Cape Town won Africa’s hearts and votes. Wati was the first housemate to be evicted on the night, followed by Kyle, Talia, Lady May and, finally, Prezzo. Keagan and Prezzo entered the game on two different sides – Downville and Upville, respectively – on 6 May and kept Africa entertained for 91 days. 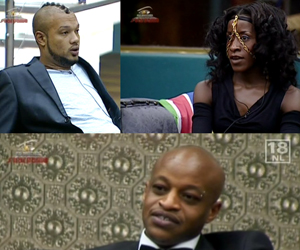 What did you think about Big Brother StarGame?