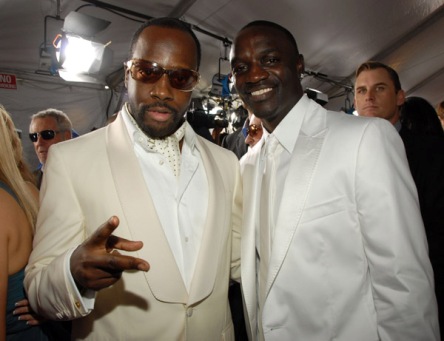 I tuned into a radio station to hear the radio presenters joking about Akon or Wyclef Jean playing roles in Nollywood movies – from them playing roles Jim Iyke or Ramsey Nouah would usually play to them acting as internationals – Togolese, Senegalese, etc. – and it got me laughing the whole while I was driving.

So, I got a little research done and sources have it that – “Akon and Wyclef Jean are set to stare in a new movie, “Black November” by Hollywood based Nollywood actor, producer and director, Jeta Amata.  According to reports, Akon and Wyclef Jean joined the cast in L.A – California to shoot the final scenes for the movie.

The Fusion Lifestyle Wedding Fair is BACK! Win Goody Bags, Free Stands for Upcoming Make-Up Artists & A Ticket to Dubai