Special Adviser to the Aviation Minister, Joe Obi gives Reasons for Lifting Dana Airline's Suspension "Government was not under pressure" 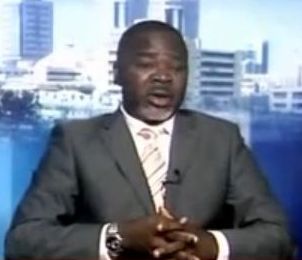 The lifting of Dana Airline‘s suspension has been greeted with widespread outrage by members of the society.

Many felt that it was too early to lift their suspension especially since the coroner’s inquest into the cause of the death has not reached a conclusion. Also not all the families of the 153 victims who passed on have been paid their full compensation and there are still ongoing investigations by the Accidents and Investigations Bureau (AIB) into the cause of the crash.

However, Joe Obi, the Special Adviser to the Minister of Aviation was a guest on Channels TV yesterday to discuss the return of Dana Airline to flight operations after the suspension placed on the airline company was lifted.

During the interview, the special adviser noted that the crash came at a period when Nigeria was beginning to build a formidable record in terms of safety in air travel and it was completely unexpected.

“We send our condolences, we share their pain and their grief. It was entirely unexpected, it was a tragedy that no one thought would happen, so we still feel the pain of families who lost their loved ones.”

“The practice even internationally is not to shut down their airline when one aircraft in their fleet is involved in an air crash. But you know, we don’t operate in a very robust environment like what obtains in the outside world, in more developed countries where their safety records are quite high”

“When this happened, we had to sit back and do a reality check to see if there were some loop holes in the system.”

“I want to make it very clear that the suspension of the operating license of Dana Airline was never punitive; it was never intended to punish the airline. it was supposed to give us an opportunity to sit back and look at what may have gone wrong.”

When asked about the results of the Ministry’s findings to have warranted the reinstatement of the license of Dana Airline, he said:

“What NCAA did was to go into a technical, operational and administrative including financial audit of the Airline to find out what went wrong has been rectified. As you all are aware, the investigation into the air crash is still ongoing by the Accident and Investigation Bureau. And you also are aware that reports of air accidents don’t come out in a jiffy, they took a while.”

“In the mean time we are satisfied with the technical audit that the airline is air worthy and is ready to go to the air again.”

“Now government is satisfied that what they have in their fleet is air worthy and the safety of passengers is assured if they go back to the sky.”

When asked if the government was under any pressure to revert the Airline’s suspension because they were only two airlines left operating domestic flights, he said”

“Not at all. Government was not under any pressure.”

When asked why the Airline’s suspension was reversed even when investigations were still on, why the rush? He said that investigations into air crashes usually take years to be completed.

“Dana Air, even before the air crash… professionally, up till the time of the crash, there was nothing that our investigators and our regulatory body had found to be very defective in their operations.”

He noted that they were still expecting the final report “while that is ongoing, the airline needs to go back to air. But I want to make the point very clear, Government was not under any pressure.”

After Winning 6 Gold Medals at the London 2012 Paralympic Games, Team Nigeria Athletes tell Mr. President “What we want from you”