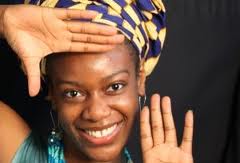 I no sabi twist ma lips and tongue to say “ogogoro” or “kakaraka.” Pidgin bin no dey around me where dem born me, when I bin dey grow. So you fit think say I no be your average Naija but I still dey try sha. And the only reason when I fit translate dis message na because my person dey around me wey dey tell me wetin I go write. Na so we see am.

Let me switch back to standard American English, because I need to speak the truth and I need you to understand it: I grew up in America. But my name is not aje butter.

Every morning, wafting through my house in scented waves, was not, akara, Milo, pap nor agege bread or yam and egg, but it was the syrupy aromas of toaster strudel, Kix cereal, buttermilk biscuits and peach flavored oatmeal. Their names may sound great to your ears but they are not as tasty as fried plantains.

And during snack time, you probably munched on cabin biscuits or kpekere or bole and groundnuts. Me? I nibbled the semisweet chocolate morsels baked into Chips Ahoy cookies, broke the half sheets of honey graham crackers just to hear the crackling snap.

Where I grew up Bingo, like Ludo is a game, but where you grew up, Bingo is a dog.

I may not have played uga on Nnamdi Azikiwe road, but I’ve jumped in hopscotch boxes drawn on the sidewalk along Martin Luther King Jr. Street. And when my body ached from the exhausting rituals of childish pleasures, my mom gave me Tylenol, not Panadol.

With my sisters curled up with me on the couch on Friday nights, I giggled and gurgled at Steve Urkel in “Family Matters,” while you threw your head back in joyous laughter watching Zebrudaya in “New Masquerade.”

I’ve never been to Lekki beach, but I’ve been to Lake Lanier’s beach, drifting on the water in an inflatable float ring while sitting atop my father’s lap. Never ending fun in the sun, you understand.

Just like I didn’t taste well water growing up. I do better with tap, or better yet, distilled…reverse osmosis, please.

And guess what? I’m not taller than you even though I did not carry water pails on top of my head and gulping the refreshing coolness of palm wine, were experiences I’d only read about, heard about, thought about…..sleeping under the rounded shadow of Stone Mountain in metro Atlanta.

But even in metropolitan Atlanta, the omnipresence of Nigerian culture defined everything I knew. Because there, as a little girl, I’d play, chase, tease and tickle my peers running around egusi soup-scented parlors where the voice of the late Osita Osadebe would croon from vinyl records and rectangle-shaped cassette tapes and gele-wearing mommas would move with polyester trouser wearing fathers, rocking their hips together in steady undulations called dance.

My growth into teenage-hood led me to long hours of solitude in my bedroom, lost in the revolutionary philosophies of Fela Anikulapo Kuti. The first track I’d ever heard from him, handed to me by the jovial Liberian janitor I had befriended in my high school, blew my mind. For real. “Authority Stealing.” I had asked myself who this jungle man was. Later I had imagined what it would have been like to be wife Number 28.

In my world of literature, Cyprian Ekwensi– positioned neatly between the pages of my paperback copy of Jagua Nana— followed me to my graduate university campus in Chicago. His company I sought after exhausting hours of student reportorial work.

And when I wasn’t working, I was probably dancing. No! I can’t compete with atilogwu dancers, but I sure did try. With bangles tied around my hips and cloth propped on my waist, I winded with all the grace I could muster while performing with Nigerian dance groups at one function after another.

But despite all that, muffled snickers and insinuating chuckles, still await me when I assert my “Nigerian-ness” in the midst of Nigerians. In the absence of my presence, I’ve come to expect comments like, “She’s not really Nigerian.” I’ve even come across snide remarks like, “so she thinks she is a Nigerian because she dey wear gele?” and “how can this one be Nigerian with oyinbo accent?” I remember when an acquaintance of mine told me to pronounce “Yoruba,” again, just so he could hear me say, “Your oo bah.”

But lo and behold, I am the definition of myself, empowered to reject any such characterization put upon me, because in the end, it’s not about you. It’s about us.

We’ve got to come to a realization that an army of foreign-based Nigerians with oyinbo accents is making its way back to the motherland…millions strong.

After an 80 percent change from the 1990 U.S. census, more than 164,000 residents of Nigerian heritage were recorded in the 2000 census (the 2010 U.S. census, scaled down to a 10-item questionnaire did not provide nationality specific options for identification). We account for 19 percent of the black African immigrant population in the U.S.

With an estimated 154,000 British Nigerians, reported in 2009 from the Office for National Statistics of the United Kingdom, and a growing presence in Canada, Malaysia, Brazil, Switzerland, Italy, Spain, the Middle East and South Africa, Nigerians abroad have emerged as a generation, with its own cultural paradigm.

But the point of all these stats and figures simply proves that we are a force to be reckoned with and when we come home, for those who will make it, we don’t want to be scorned, frowned upon or envied.

Because we have already been scorned, frowned upon and envied in those foreign places where just the sound of our Nigerian names can provoke a cacophonous eruption of laughter from classmates and neighborhood children. Don’t blame us for modifying our names; throughout my adolescence, I placed my middle name “Sandra” before my first name, “Chika,” because I was tired of being called, “Chaka,” “Chuka,” Chicken,” and “Cheetah.”

So when I come home, please don’t call me “Aje Butter.” Call me Chikaodinaka Oduah.

Related Topics:Chika Oduah
Up Next

BN Cuisine With Chef Fregz: The Reinterpretation of Jollof Rice

Chika Oduah is a journalist and writer.