In February 2011, the shocking news of a young lady of Nigerian decent, who sadly passed away in the United States after complications from an alleged illegal buttocks enhancement surgery was released in the media.

According to various media reports, the young lady, Claudia Aderotimi(20) suffered chest pains after receiving silicone injection to increase the curve of her buttocks and later died in a hospital. She died from a liver failure just hours after the operation had been carried out.

Recent progress made into the investigation of her death is that a woman who called herself the ‘Black Madam’ will stand trial on murder charges for allegedly performing the illegal buttocks-enhancing procedures. The woman, also known as Padge Windslowe (40) gave Claudia and another lady, Theresa Gyamfi(22) the silicone injections in their hotel room. Although Theresa didn’t suffer any complications as a result of her silicone injection, she testified in court that ‘Black Madam’ fled when Claudia went into respiratory distress.

The Philadelphia Inquirer recounted Theresa’s testimony of her friend’s last hours in court. “She said every time she breathes in, it hurts. I could see it in her face. She was close to tears. She said, ‘It’s really annoying, and it doesn’t feel normal'”

A doctor testified that the industrial-grade, not medical grade, silicone went to Aderotimi’s blood, liver, lungs and brain. However, in Windslowe’s defence, her attorney claimed that both girls knew his client was not a real doctor as they had visited her for the injections before. He also argued that the silicone that killed Aderotimi had not been linked conclusively to the silicone found at the injection site.

Although Windslowe has no medical license, authorities said she ran a profitable business giving black-market injections to women willing to pay thousands for curvier bodies. She has recorded gothic hip-hop songs and videos under the stage name “Black Madam”. She had been jailed some time ago when she was arrested on charges of giving buttock injections to an exotic dancer at a “pumping party” in Philadelphia. That woman was later hospitalized and spent months on oxygen.

According to Claudia’s friends, she believed a ‘bigger booty’ would help her dream to appear in more music videos. As an aspiring dancer, Claudia had been dropped from one shoot because directors discovered she had been wearing padded trousers to help enlarge her bottom.

Theresa testified that the February 2011 incident was not the first time they were taking the injections. The girls who lived in London had initially taken the injections also administered by Windslowe in November 2010. But they were so pleased with the results they returned to Philadelphia in February.  The Philadelphia Inquirer reports that they paid $2,000 each for the first round of injections and $1,800 for the second. Each time, they were given the choice of a “bubble butt” or “teardrop” shape, and Windslowe used markers to draw on their skin before telling them to lie down. She then filled needles with a clear liquid and sealed the injection wounds with Crazy Glue and cotton balls. In February, Theresa said Windslowe brought a woman with her, explaining that she was “training her.”

She further testified that after Claudia began to experience severe distress, Windslowe pressed on her chest, as though feeling for her heartbeat. “She said, if the pain gets worse, call an ambulance,” before fleeing the hotel. 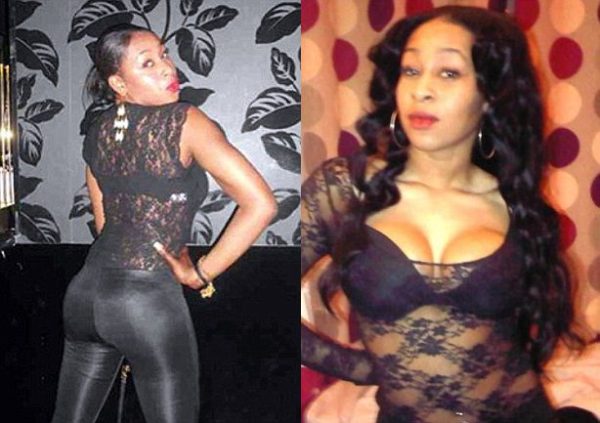 A YouTube video has since emerged in which Claudia and a friend stuffed pillows down their trousers to make their bottoms appear bigger.