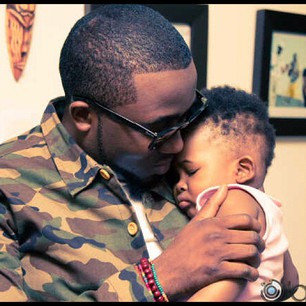 Some months ago, rumours went viral that the award winning artiste, Ice Prince had fathered a son. Although he had been quite silent on the rumour, he confirmed this with Bellanaija‘s entertainment correspondent in an interview in July saying “It is true. I have a son, his name is Jamal. He is four months old now“.

Since then, we’ve been hoping to see what the little prince looks like and now we do! Ice Prince who recently turned a year older shared this intimate picture of himself and his cute son.

Aww… don’t they look cute together?