A few days ago, Comedian AY Makun posted this video of his daughter Michelle performing her rendition of Tonto Dikeh‘s trending song “Hi“.
The video has racked up over 15,000 views since it was uploaded with most online commenters describing the video as “cute” and “adorable“.


However, it seems as though Tonto is not amused by the rendition of her song as she tweeted at AY on the 21st of November 2012.

In other AY news, he will be performing in London on Sunday. 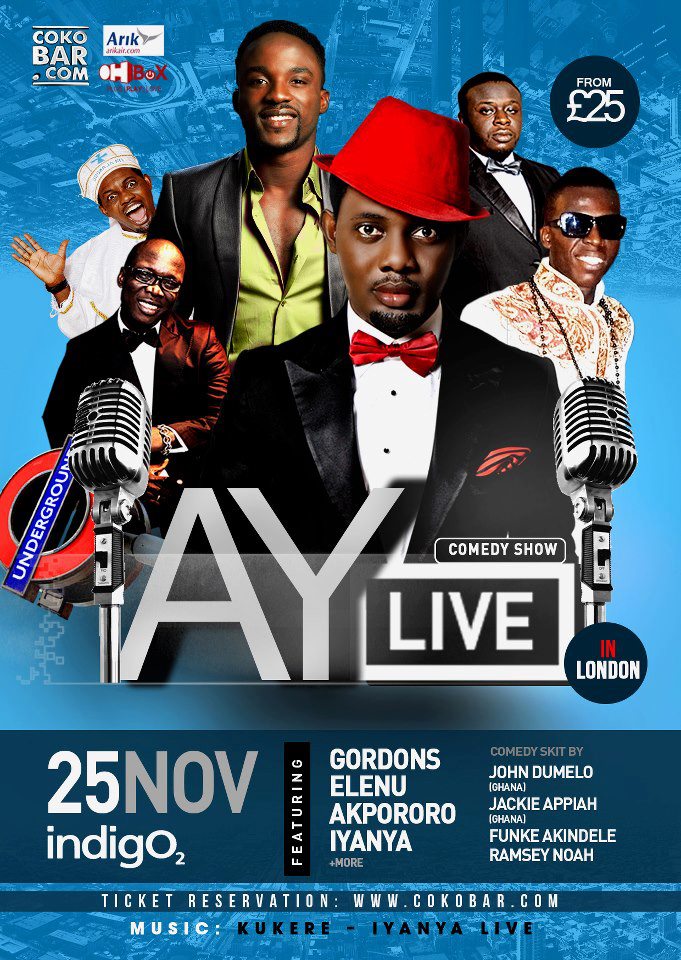