Who’s giving us an exclusive look on how to live the “life of a rock star” inside Applause Africa‘s new issue? It’s Nigeria’s afro-soul music star,  Bez!

After a year of remarkable achievements, the singer/songwriter has yet another reason to shine. Stepping out of a bath tub in a black suit, with his signature glasses and a guitar on the cover, the music star has been dubbed the magazine’s “breakout artiste of the year”.

The photos which were shot by Remi Adetiba in an exquisite apartment in New York, sees Bez donning both Nigerian and international outfits including Orange Culture and Hugo Boss, and striking poses with model I’Yana inside the pages of the issue.

Not one to quit music anytime soon, Bez who makes the magazine’s inaugural annual 40 Under 40 list at the 21st position, tells the mag “I still see myself touring when i’m forty”.

This issue will officially debut at the African Diaspora Awards, set to take place on Saturday 8th December 2012 in New York. Till then, check out the magazine. 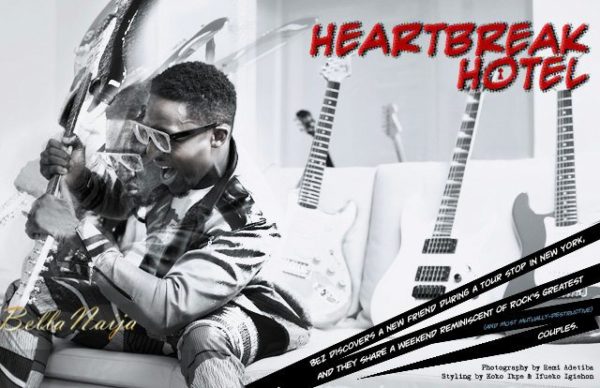 If you missed the behind the scenes video feature of the shoot on BN in July, check it out here.