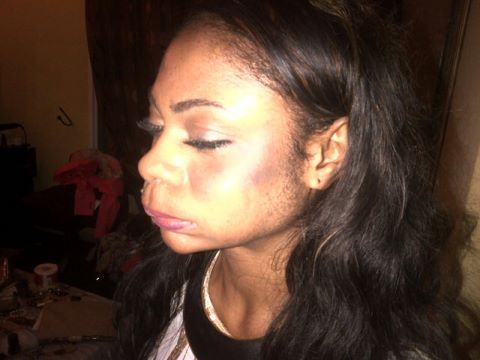 Big Brother Africa star and Naija Info FM radio personality, Karen Igho was assaulted after an event last night in Lagos.
The Nigerian celebrity attended the event in support of her close friend, Denrele Edun who was the host of the show.

After she exited the event, Karen was in the carpark where she was approached by a security guard and according to Karen’s narration of the incident on social networking site Twitter, the male security guard asked for money.  “He loaded his gun and put it to my face at the car park, he wanted money and I didn’t have any on me then he slapped me.still in shock and pain“. According to Karen’s tweets “The slap sent me landing on the floor and hitting my head“. 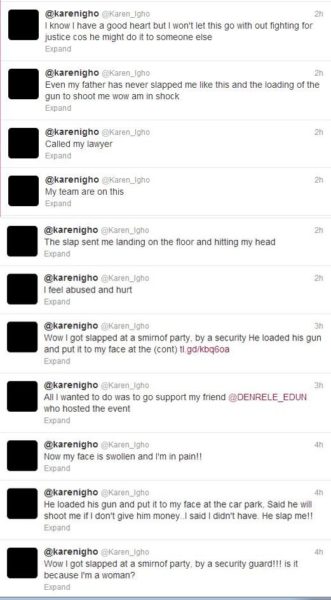 This is really disturbing. Based on the details shared by Karen, this seems to be more of an attempted robbery than aggressive plea for a tip. We hope her assaulter is arrested for his crime.