It’s here! The third and final part of Nollywood star, Oge Okoye‘s “Photo Speak” series is a must see for all.

Today is all about Oge Okoye “The Fashionista”. From rocking a Ghana-Must-Go bag as as dress to pulling off a sexy vampire, the Nigerian actress proves there’s no look she can’t deliver.

If you missed Oge Okoye “The Movie Star” or Oge Okoye “The Drama Queen”, be sure to check it out now. Sit back, relax, grab some biscuits and a soda and see all the shots of Oge Okoye “The Fashionista” with words by PR rep for the actress, Egor Efiok.

The dress Oge is wearing is made from a Ghana-Must-G0 bag. As most people are aware, the African look rocked major runways with Louis Vuitton making bags and shoes from this material, I don’t follow the “maddening crowd” by being a typical “copy-cat” and love to stand out even when I am following trend, so Oge carrying the bag the way models do on the runway was out for me. I am also aware that this is a tricky pull off, I wanted Oge to look extra pretty here, so I decided to create a “colour-riot storm” around the dress with jewelry, accessories and make-up. I completed the look with her long flowing hair. Rapunzel will be jealous of pretty Princess Oge 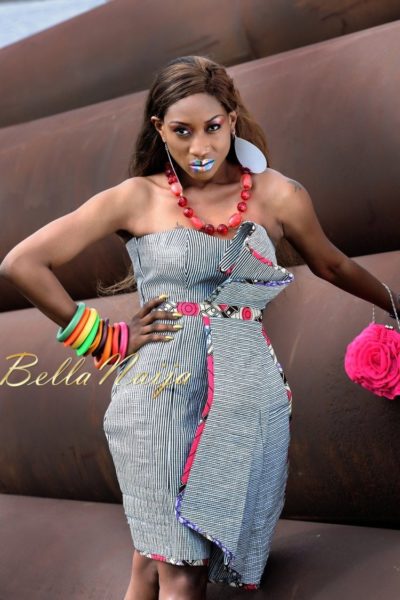 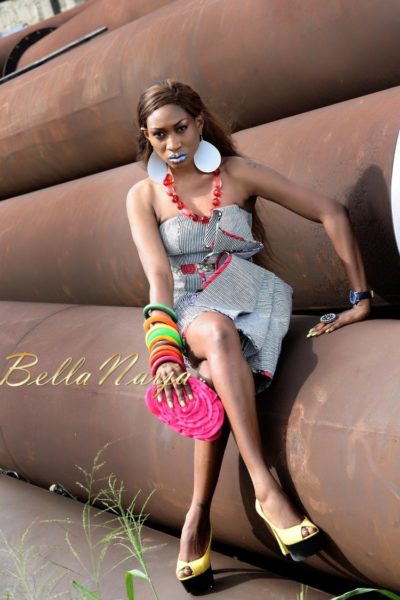 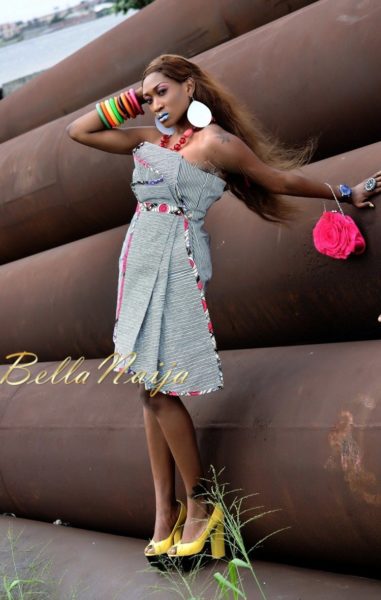 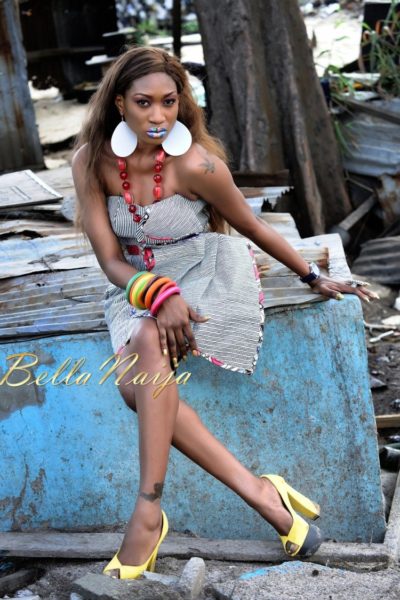 This is the look I called a “pleasant mistake”. The look I wanted for this theme is the same as the African Queen but everything I wanted substituted. The look I wanted for this theme is exactly as I described above, but everything I wanted was substituted. I wanted the black Ghana-Must-Go bag because it isn’t common, but got the common red check type. I also got silver jewelry instead of the multi-coloured ones I ordered. In fact, everything was what I didn’t want, so to satisfy myself, I decided to repeat the look a week later. However, when the photos came out, Oge looked so pretty in them that we decided to use it as an extra look made from the same material. What do you think? 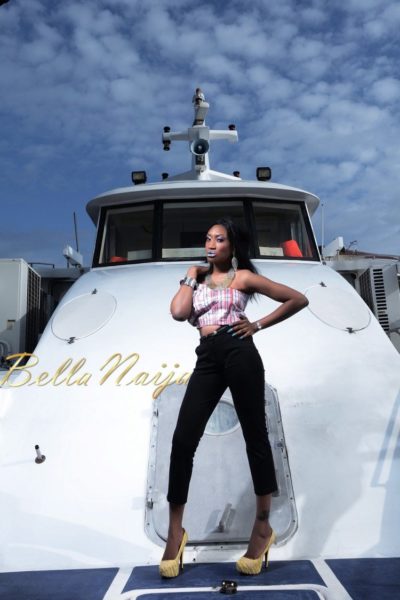 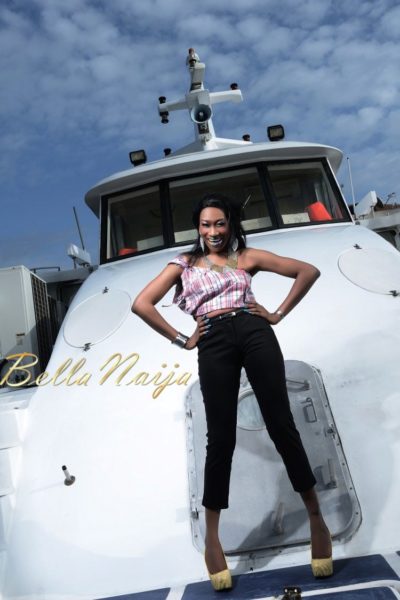 This is another risky look to pull off, but I like to cross boundaries and I admire the fact that not only does Oge pull it off, but she also looks soft in all her poses and has this tranquil aura about her here. Thumbs up also to Yinka, the make-up artiste. 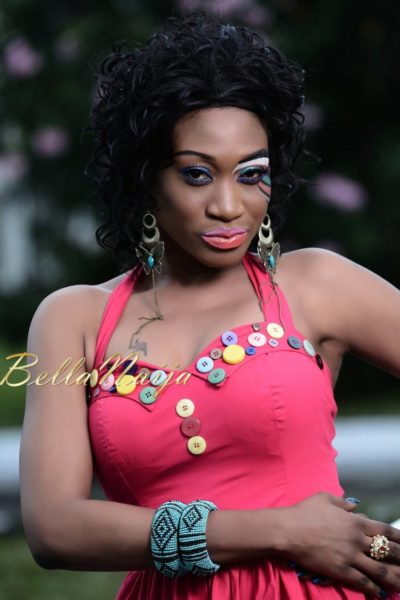 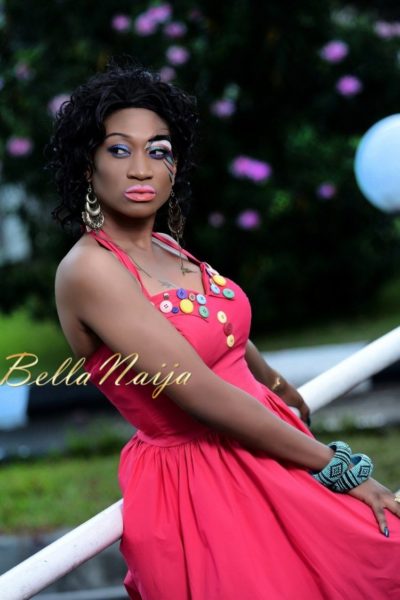 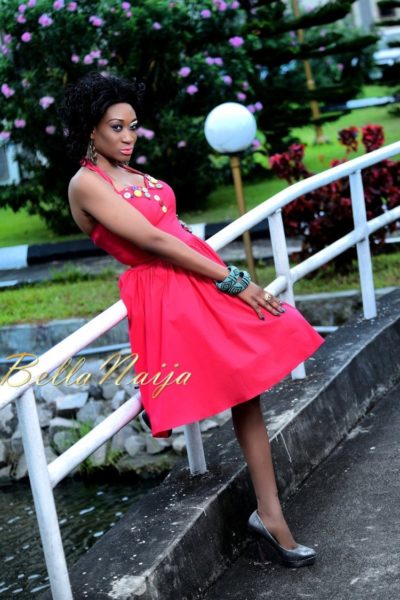 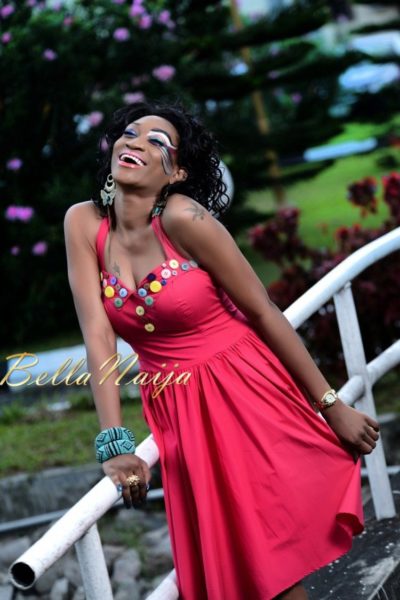 Sexy Vampire
Could a modelling career be in the pipeline for the actress? Find out what her rep says about this look;

This was one of my most challenging looks and even Yinka (the make-up artiste) said she couldn’t draw a scorpion until I joined hands to encourage her and we both drew it together. It was also my scariest because it was dark and we were shooting on shaky rocks in water. I was so scared that Oge was going to fall, so I had the entire crew surround her. I had flip flops on and almost lost my equilibrium on the wobbly rocks, yet Oge stood on them in 6 inch heels and did not falter in her steps as she contorted her body to different poses. As my touchstone for this look, I had the image of Janet Jackson “absorbing” that tarantula on her cheek. In Oge’s case, I used a scorpion because her star is Scorpio. I also used it to signify strength. You can see the red sting at the tip of the scorpion’s tail disappearing into the corner of Oge’s mouth and she has it trapped. It proves she is a strong woman and cannot be stung. 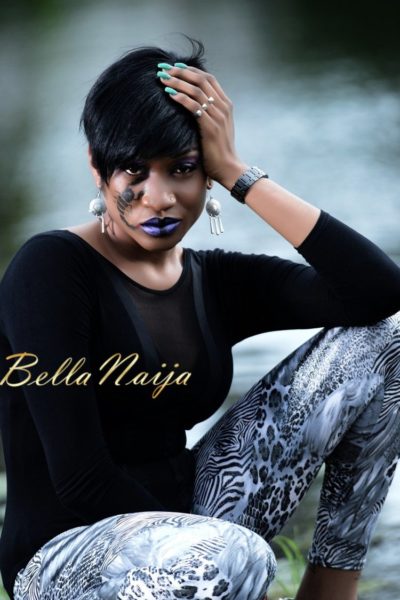 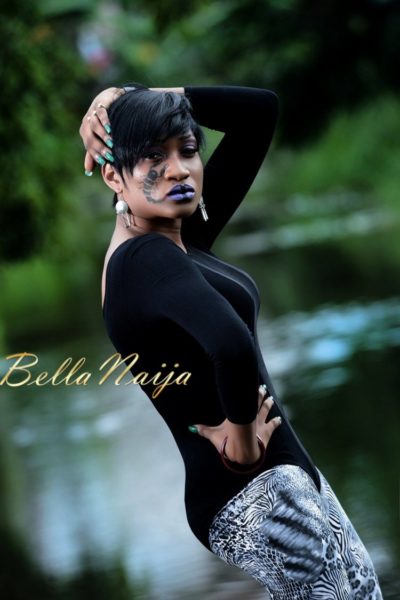 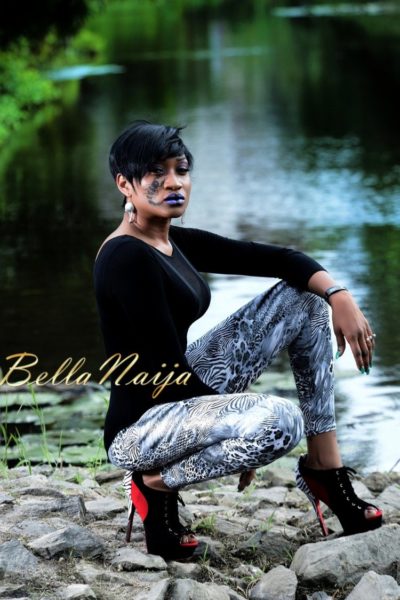 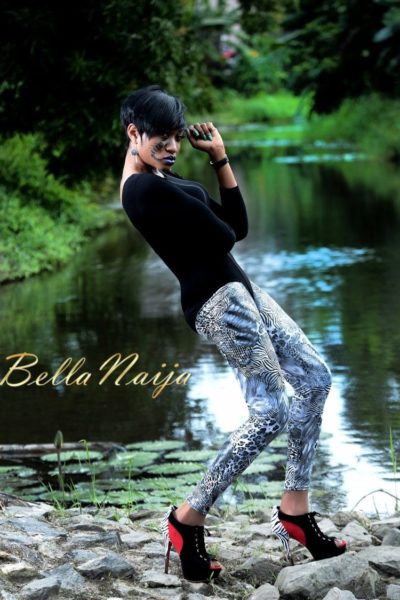 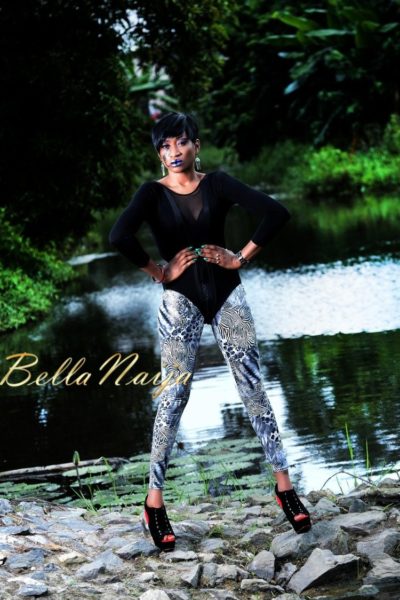 Tropical Babe
Here’s the official statement of the look;

I wanted Oge to look exotic here and I crossed boundaries again with the matt make-up. The bright yellow nail varnish and wind blowing her long curly hair gave Oge the exotic touch I was looking for. I loved the end result and as usual, Oge looked beautiful. My verdict is Turks & Caicos Islands would love this hot chick as their new resident. 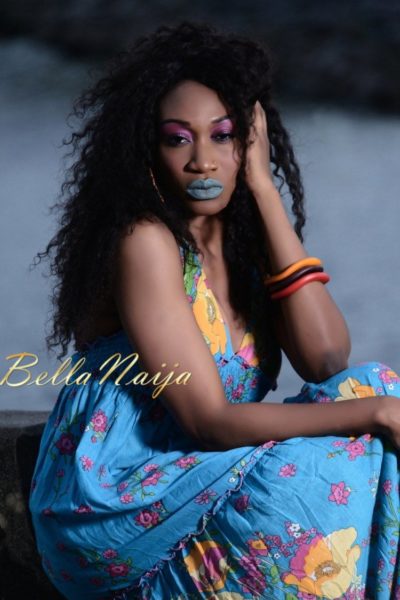 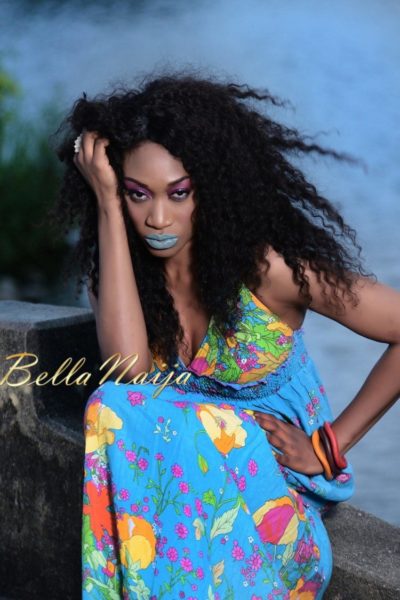 Statements about the shoot was edited by BellaNaija’s Editorial Team.

Tiwa Savage says “Love is Money”! Find Out What Nigerian Celebs Banky W, Matse, Waje & Dolapo Oni had to say when asked “What is Love?”