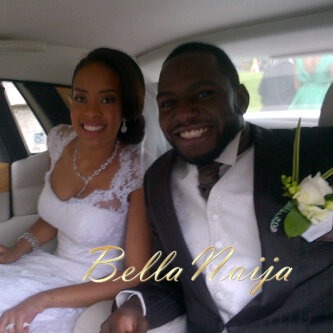 Read all about their love story in this interview by Lanre Odukoya via ThisDay.

How did you meet?
Jimmy: I went to the same secondary school with her cousin and she came for her cousin’s introduction.
I hadn’t seen her cousin in a while and we said let’s hook up and catch up. We got to Ooh La La, in Ikeja. I get out of the car, she gets out of the car and I said who is that and he said, “she’s my cousin”. So the first time I saw her was at Ooh La La, in the parking lot.

Was it love at first sight.
Jimmy: Actually no, I talked more to her cousin, Kike, catching up, updating each other. I hardly spoke to her. We were talking of relationships and she said she has been single for four years and she hasn’t seen what she is looking for. I said this is Lagos, this is your first time in a long time, before you know it you will have lots of offers, people will probably offer to chat you up, and her cousin suggested that we exchange contacts since we were both single and I said okay. That was the first day.

Kemi: The next day was my cousin’s introduction and that was when we started talking. He asked my cousin’s permission to talk to me.

Your cousin is male, I presume?
Jimmy: He is male, we went to school together. When I got there I asked if I could talk to her cousin and he is one of my very good friends and I said why is everybody not talking to her. They said he told everyone not to talk to her, so I said let me go and talk to her and we really had a very good conversation and I asked her to marry me jokingly because my sister had just gotten engaged and I found out that my brother in-law, Olumide’s younger brother had just gotten engaged. Everyone was engaged so I said why don’t we just get engaged. So I said, take your time, I will give you five minutes to think about it and I went downstairs to tell her aunty that I was going to marry her niece jokingly and it’s funny how in reality it ended up being just that way. 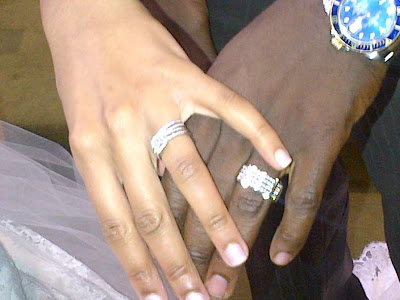 When you first saw him what was the impression you had?
Kemi: The first thing that struck me about Jimmy is that he is very kind and I actually told my cousin about it in the car on the way back. Everyone he introduced me to actually said he is kind and it’s like it radiates from him.

What was it that made you want to marry her?
Jimmy: I think we had great conversations. We talked a lot.

Kemi: We talked for hours, day and night for like three days straight. He would call me up like from 8.00pm and we’d talk till 5.00am and we talked about everything and my uncle was like who are you talking to in the middle of the night.

Jimmy: One thing I always looked out in the person I would end up with was not someone who will be a ready-made pastor’s wife, who can rip out the microphone and preach the sermon. That was not my criteria. I wanted somebody who loved God and who has an open mind towards learning, growing in God and growing in life generally. One thing that struck me is that her love for God is real, is genuine, she can adapt to any situation, she is also very flexible.

Kemi: He didn’t tell me at first(general laughter).

Jimmy: Yes, at first I didn’t tell her. But the first time I told her, I actually just said to her: ‘by the way, I am a pastor.’ There was this 30 seconds silence. She was just kind of silent for a while.

Kemi: (Laughing) I was silent. I was thinking of all the things I had told him.

Jimmy: But I’d mentioned it to her by telling her what my mum would always say and the next day we were talking and she just said straight out of the blue, she said she was thinking of what I said the previous day and what my mum always asked my dates and she said: ‘I am going to stop doing what a pastor’s wife won’t do’. We were not official yet, but I liked the way she was thinking and because most of the ladies I had dated in the past were not comfortable having that conversation.
I tell them: ‘listen I am a pastor, there are certain things you can’t wear, there are certain places you can’t go, certain things you can’t say, certain places where you can’t show up.’ 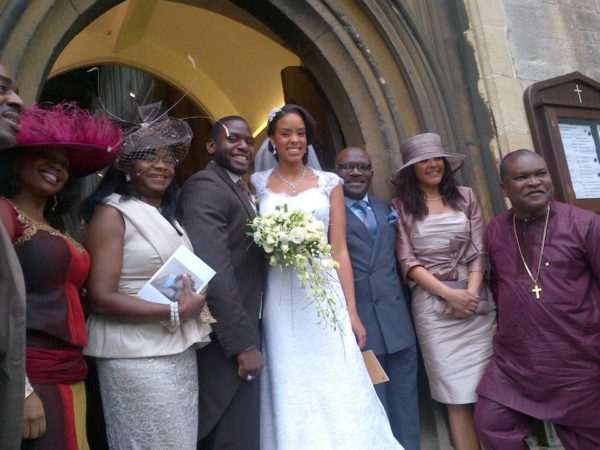 You know he is a Pastor and that he is Pastor Taiwo’s son; is there any pressure?
Kemi: I know he is a pastor, a lot of people love him, and they love his family. I think it’s a big role but I see it like two people meeting and falling in love. We are going to get married and we should go with the flow.

How did you propose to her?
Jimmy: I had intended I would go and do the proposal in December. But the first time I met her father and we had this ‘I will marry your daughter conversation’ all he said was ‘my daughter?’ I had flown to London to see her father and all he said was ‘my daughter’ and we had a very good conversation. It was very interesting.

It was difficult going because she was always with me. I told her I was going for a meeting in church and when I got there the ring was not actually what it looked like on the internet and I spent another two hours looking for another ring and she kept calling me, asking where I was.

So, I told her I would be home shortly and she was suspecting something and when I got back to the hotel, I walked into the bathroom and she went through my stuff and she didn’t find anything and I am sure she was disappointed and she was eating these jelly sweets and they were in different shapes and one of them was ring shaped and so I said I am about to propose because she was getting kind of upset so I moved closer and took one of the candy and asked her if she would marry me. I was about putting the candy ring on her finger and she said: ‘where is the ring?’ So I went to the mirror in the bathroom and asked her to close her eyes, and when we got to the mirror I asked her to open her eyes and pick the ring and she said she couldn’t find the ring, then I asked her to look down and she looked down and saw the ring so I told her to pick the ring, it’s yours, touch it and she was quite shocked as she picked it because she didn’t expect it. 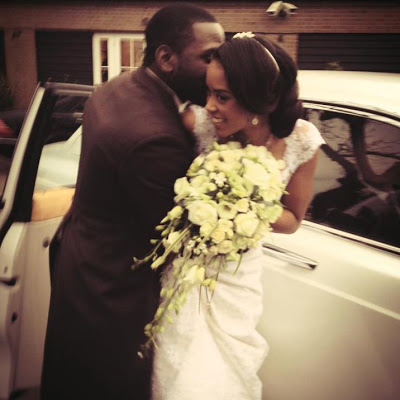 What do you think your mum would have said about her?
Jimmy: I think my mum would have actually loved her. I am sure she would have actually given her so many nick names like kem-love, kem-darling and all the kem-kem stuffs. My mum has always been interested in knowing who I was dating and there was a time I was dating someone and it seemed to be serious. I was schooling in America then and she was about to fly her from America to London for a day just to see her.
Later on, when I came home for Christmas and my mum saw her, she said she was not the one. My mum was always 100 percent right when it comes to anything that has to do with relationships. But seriously she would have loved her, her attitude, her personality and, sure, she would have been all over her.

What did your father think about her?
Jimmy: He is this kind of person that sits back and watches and he then makes his decision. When I first told him that I have found the one I wanted to marry and that I had bought the ring, he said ‘okay, no problem’. There was a time he didn’t go for ministration or travel anywhere and he asked her to come so he would meet her and they had some serious conversations.
I remembered my first meeting with her father; her dad didn’t even smile with me. The second time he didn’t smile at me. The third time, maybe a half smile, but here she was meeting my dad for the first time and they were eating, laughing and having a nice conversation. It wasn’t fair. My dad really likes her and he said she is the one. If he didn’t support we won’t probably be here by now.

How difficult was it courting without acting inappropriately as a pastor?
Jimmy: One thing I believe is that true love waits. If it’s something you believe is true, then it’s worth waiting for. Besides, you are in a place where people look up to you and you have to direct and lead them the best way you can. That accountability and position that you occupy are what keep you going and God’s grace. 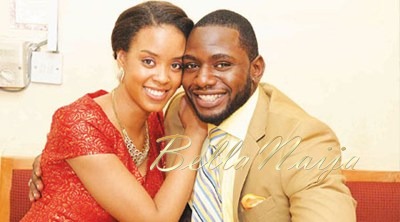 What is your background like?
Kemi: My full name is Oluwakemi Folashade Banjoko. I have two brothers. I was born in London and I went to the University of Manchester where I studied English literature and French. I worked at HSBC. I was supposed to go back after graduation but I got engaged to Jimmy Odukoya.

Jimmy: I am Othniel Oluwajimi Odukoya. Now, I have two brothers and two sisters. I got my degrees from Oral Roberts University. First degree was Business Administration minor in Advertising. Second degree was MBA, Business Administration. I moved back home in 2010. I worked in Accenture for a year and now I work at Bourbon Inter Oil Nigeria Limited. I am a Pastor at Fountain of Life Church and all the other stuff.