At an age where children are known for their inability to make sound decisions for their future, a South African family has succumbed  to their son’s wishes to get married.

Over the weekend, an eight year-old school boy Sanele Masilela tied the knot with 61 year-old Helen Shabangu, who is already married and a mother of five. According to the boy, he married the woman because the ghost of his dead ancestor told him to.

Huffington Post reports that he married Helen in accordance with the wishes of his dead ancestors, and his family provided Helen with £500 and paid a further £1,000 for the celebration.

The little eight year-old, the youngest of five children, dressed in a bow tie and tiny silver suit and shared a kiss with his bride after exchanging rings in front of 100 guests.

The ceremony shocked the entire community but the family said it was a ritual and not legally binding. The couple did not sign a marriage certificate and do not have to live together. They have both returned to their normal lives.

Sanele’s 46-year-old mum, Patience Masilela told Huffington Post that there was nothing wrong with the wedding and her son was “happy to get married and very excited”. She added that it was her son’s late grandfather who asked him to get married “This is the first time this has happened in the family. Sanele is named after his grandfather who has never had a white wedding before he died so asked Sanele to get married. He chose Helen because he loves her. By doing this we made the ancestors happy. If we hadn’t done what my son had asked then something bad would have happened in the family.“

Helen, and her husband of 30 years also have no problem with it. According to the mother of five, it was “what the ancestors wanted” and now they are happy. “It is a ritual. We are just playing now, but it is a sign that he will get married one day.”

Little Sanele also reiterated this by saying he would have a “proper” wedding to a woman his own age when he is older. “I told my mother that I wanted to get married because I really did want to. I’m happy that I married Helen – but I will go to school and study hard. When I’m older I will marry a lady my own age,” Huffington Post quoted him as saying.

We simply have no words for this. Check out some of their wedding photos: 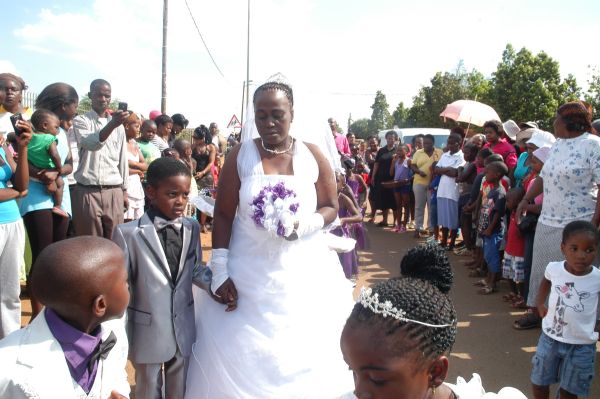 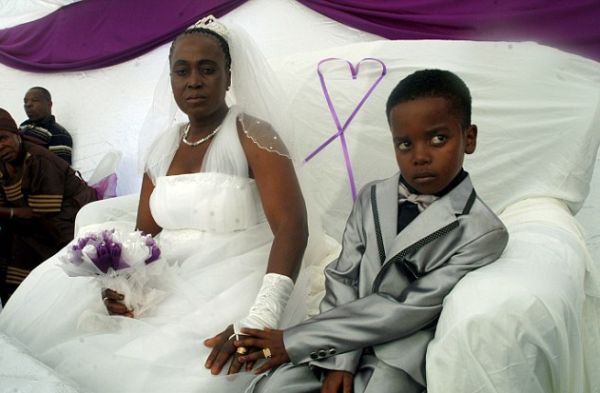 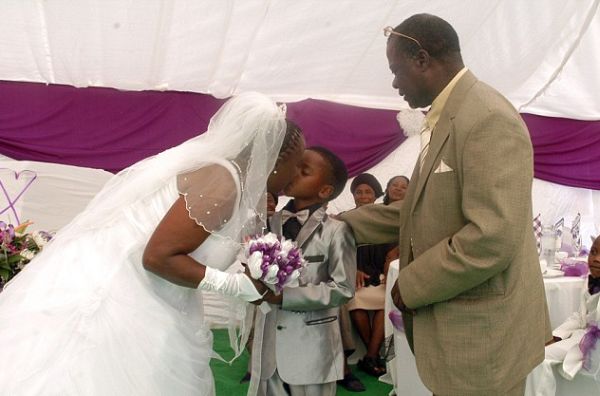 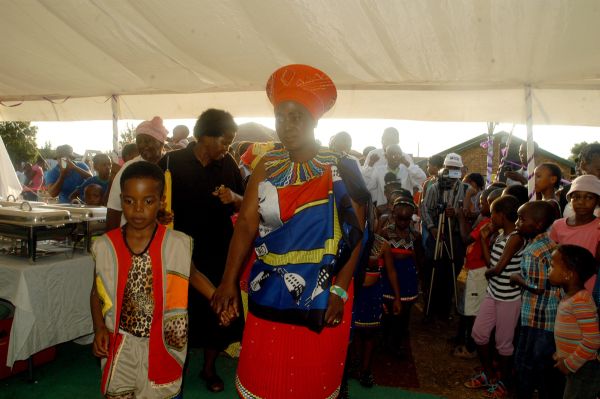 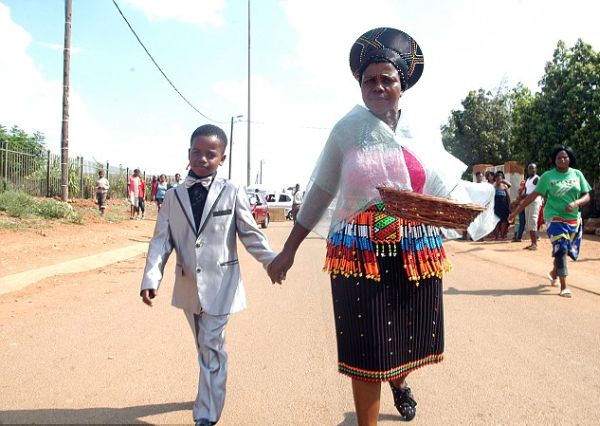 Sanele being led to the wedding by his mother, Patience Masilela

Is Superstar Duo P-Square Spreading Its Business to the Oil Sector?