Remember the story of an 8 year-old boy who got married to a 61 year-old woman in South Africa to “make the ancestors happy”? {In case you missed it on BN, click here}

Although their wedding shocked many people across the world, the couple and their families who see nothing wrong with the wedding have evidently moved on and are enjoying their “married life”.

The school boy, Sanele Masilela got married to Helen Shabangu after his grandfather contacted him from beyond the grave telling him that he needed to wed. He married Helen in accordance with the wishes of his dead ancestor, and his family provided Helen with £500 and paid a further £1,000 for the celebration.

Daily Mail UK recently caught up with Sanele who admitted that since the wedding, he has begun to feel like a married man. “The day was great and it was exactly what I had imagined it would be like. My friends thought it was really funny that I was getting married but I do now feel like a husband,” he was quoted as saying.

Although the couple do not live together, Helen is often invited to have dinner with him at the family’s home. Meanwhile, Sanele has gone back to his life and continues to enjoy school and playing football with his friends. 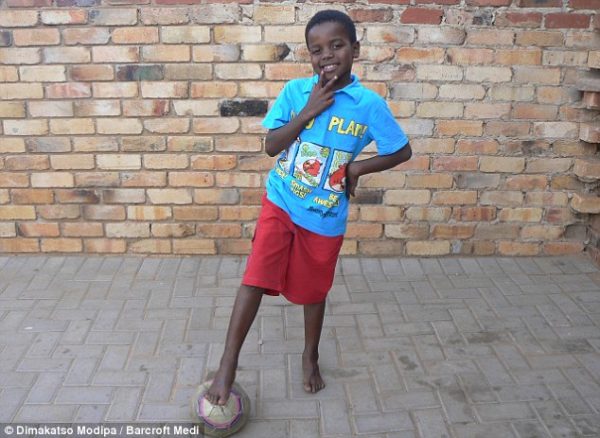 Speaking on how he got the alleged message from his late grandfather, he said the deceased contacted him through a picture of his mother’s wedding.

“We have a special bond because I am named after him. He said he had seen the picture and felt sad that he had never been able to have a white wedding of his own so he asked me to get married.” He concluded by saying “I chose Helen because I love her.”

Helen, a mother of five who has already been married for 30 years also defended the ceremony saying, “I know the story went out all over the world and it’s great that other countries have been able to learn about our culture and our ancestors. What we did was not wrong. It’s just our culture. When the ancestors ask something, we do what they say. I don’t think other people understand that. I know the ancestors are happy now because we are all alright and everything seems better and greater. The whole family is much happier than we’ve ever been.”

StarBoy Shopping Spree! Did Wizkid just Buy Out a Mall in South Africa?