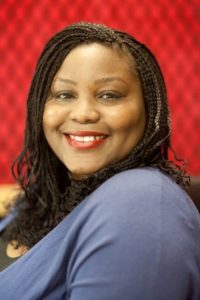 News flash….domestic violence and rape incidences are rising at souring rates; tell us something we don’t already know. Or perhaps we are just witnessing more newspaper coverage on the issue. At least that is progress of some sort. Social media is splattered with church banners and leaflets on special deliverance and prayer sessions against delayed marriages. We laugh but it is partly a representation of our accepted social constructions of womanhood; without the ‘MRS’ you are deemed incomplete.

Cultural inheritance laws haven’t changed; men are still viewed as being more valued to women. In rural communities only 7.2% of women own the land in which they farm and there is still a huge disparity in the income inequality trend within the formal sector. The board rooms don’t paint a different picture either with women still underrepresented as board members and only 4% representation at local government level according to figures from the 2012 Gender in Nigeria report.

During a women’s only business plan competition workshop which I compeered late last year, the questions asked signalled a huge rattling and swaying confidence issue amongst women entrepreneurs as the fear of giving their all to their ideas and businesses may arouse criticism on the home front.

Daily, I am reminded how embedded the objectivity of women is in our psyche. Recently, I was stopped by the police. After checking my vehicle documents and given the all clear, the police man asked if I wasn’t going to give them a share of the money that I had gotten from the men who “touched” and “squeezed” my body.

In a voice that carried with it a swirling cocktail of belligerence and humour I said, ‘bros but I no be ashewo now’. He told me I didn’t need to be a prostitute for men to touch me, ‘at least you must have a fiancé who is touching your body and giving you money’. He then adds that a body like mine has to be touched by someone or else it was a waste. This is just a sample of the many objectifying episodes we experience daily and unfortunately in many instances and for many women, we have become conditioned to objectify ourselves. Worse still, we have no protection over this in the work place, in schools or even on the streets. This is our normality. 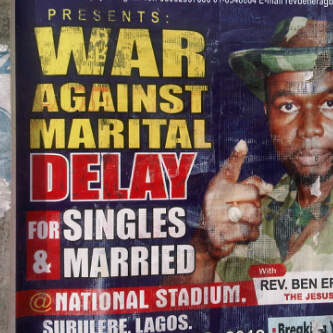 But it isn’t all doom and gloom. Nigerian women are still dredging through the murky waters of patriarchy, socio-cultural constructions, and stereotypes daily. We are tearing through the walls of this ‘normality’ within the cultural frameworks that dictate what it means to be ‘African, Nigerian, and Woman’.

This years International Women’s Day theme is titled ‘A Gender Agenda; Gaining Momentum’. In all our dredging, we are gaining momentum, maybe not at the speed we want but I am certain we are moving. What we need is for all women to understand the role in which they play in the future of gender equality as well as a greater understanding that the men folk cannot be excluded from the debates to gaining that sustainable momentum. Socialising young boys and men to understand the value of women is key. For every hurdle they jump and every wall they break down is an easier step for the next young girl behind them.
As it has been said, a modern progressive world cannot happen without women and without equality. So I asked a few friends of mine what they would really desire in their lifetime as Nigerian women.

Here’s what they said….

Iheoma Obibi the Executive Director for Alliances For Africa says;
Changes in my life time I want to see, for young women not to be ashamed that they are not married and part of the MRS band wagon. That there is the political will to tackle the systemic, institutional and entrenched VAW (violence against women) as a public policy and health issue by our government.That the Violence Against Persons Bill is signed into law by the House and the Government of Nigeria domesticate the optional protocol on the rights of African women that they had signed.

Najite Dede, theatre director and actor says;
As a Nigerian Woman: I wish to be recognised as a whole person, not as an extension…. Someone’s wife, someone’s mother, someone’s daughter. I’m a human first! My body mind and spirit have a place, a space all their own. I wish for Nigeria to recognise, respect and value its women. To unleash us as a force for growth. I wish for a level playing field, that every woman be free to make a choice and live her choice. Whether to make babies or businesses stay home or travel the world.

Dolapo Ogunwale , spoken word poet says;
I wish for the freedom to be – beyond stereotypical boundaries and the patronizing, illusionary allowances of the patriarchal cultural system.

Glory Edozien, environmental project manager and writer says;
I want society to acknowledge my accomplishments regardless of the prefix by name. I’d like for men to see me as a person, not an object. But most importantly, I want society to see women as important contributors. Valuable human beings who have valid voices and opinions which should be respected and protected from those who think differently. I’d like for Nigerian women everywhere to teach their sons the importance of respect, for themselves and for women in their lives, regardless of social standing.

For me, I am optimistic that many changes will happen in my lifetime. When I interviewed the poet and writer Lola Shoneyin some time ago she said, ‘It’s about the luxury of having options and the value of being able to make choices’.
As a woman, I hope that options and choices are a freedom that would become my normality.

So what do you really want?