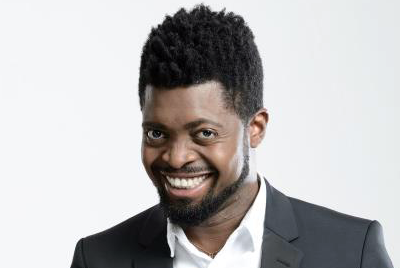 I actually used to get bitter a lot when I watch Comedy Central stand-up shows, at least the African ones. That’s because half the time, I can’t relate with Southern African jokes, where most of the comedians are from. It’s either I’m out of context or I don’t understand certain slang and I’m sure I’m not the only one that feels that.

Nonetheless, no hard feelings because one of our very own Nigerians is on his way down to South Africa to record his own live Comedy Central stand-up show. And, he’s no one other than his comedic majesty, Basketmouth.

Basketmouth had this to say:

“I am really buzzed to be reppin’ for Naija at Comedy Central Presents…Live at Parker’s in April!  So watch out: the Nigerian invasion has begun!”

“It’s been our long-held ambition to include Nigerian comedians and comedy in our programming lineup – and what better way to start than with Basketmouth – the king of Nigerian comedy himself!”

Related Topics:Basketmouthcomedy central
Up Next

Twice as Nice! The Nigerian Idol Season 3 Contestants Paired Up for Last Saturday’s Show | All the Photos & Details