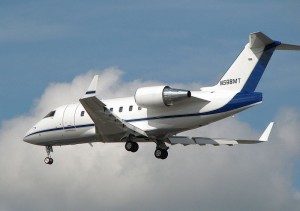 Just as the private jet trend continues to gain popularity in Nigeria, the Nigeria Supporters Club has joined the throng of organisations seeking to acquire one.

According to the President of the Nigeria Football and other Sports Supporters Club (NFSSC), Rafiu Ladipo, enormous money is being spent on its members for flight tickets to go and cheer the national teams during their international engagements, which informed the idea of acquiring a private jet.

While speaking to the News Agency of Nigeria recently, he refuted suggestions that the body’s wish to acquire a private jet is a ‘misplaced priority’ adding that it would help them cut cost rather than spending huge amounts on plane tickets.

“The supporters club is an outfit that travels all the time with the country’s national teams, and you can imagine a situation where about 300 members are travelling for a competition.

“It involves a lot of money when we embark on such trips 20 to 30 times in a year, so we thought it wise to lease a plane that will be on ground to be taking us on our various trips. We are not just going to keep it there for only our trips, because we are aware of other expenses like the parking charges and so on.

“If we are able to get it, we will equally use it to carry passengers; it is only when we need it that we will demand for it to take us on our trips. We are still at the planning stage and if it happens, it will be for the good of the Supporters Club and indeed Nigeria,’’ he was quoted as saying.

He also added that some times, the Supporters club have to join the Nigerian Football Federation’s delegation to go and cheer the various national teams and often arrive late at some of the competitions.

Considering the points raised here, do you think getting a private jet is what the Supporters Club really needs?

Related Topics:News Agency of NigeriaNigeria Football and other Sports Supporters Clubprivate jetRafiu Ladipo
Up Next

You Find Out You’re Married But You NEED to Be Single! Watch “Philia” a Short film by Zamo Mkhwanazi