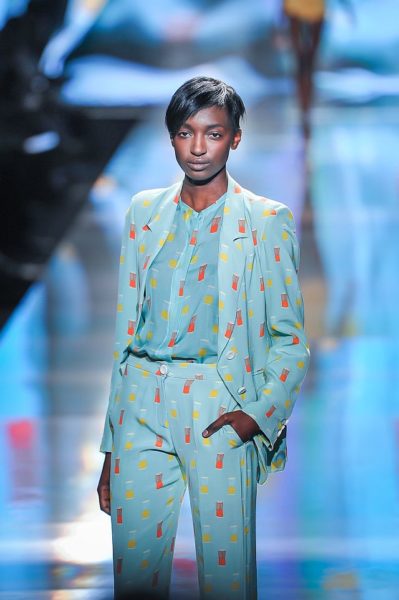 The Collection, which premiered at New York Fashion Week in September 2012, will now be sold at Italy’s Leading Department Store – La Rinascente from April 2013. La Rinascente was the first department store to open in Rome in 1887 and now owns a chain of 11 department stores located in several Italian major cities. La Rinascente carries the world’s most luxurious brands and has a flagship store in the fashion capital of the world – Milan!

In addition to Europe, Tiffany Amber is also concentrating it’s expansion efforts on the brand’s home Continent of Africa where they are launching an in-store concession in Ghana’s largest and most respected boutique, Viva on 27 April 2013 bringing it’s ready-to-wear label to the discerning Ghanaian fashionista.

This partnership is a first for the boutique who before now mainly focused on retailing the European labels which we all know and love including, Dolce & Gabbana, Bottega Venetta, Moschino Cheap and Chic, Valentino, Marc Jacobs among many others. This move to Ghana will be followed by a partnership with leading South African Salon Store, Merchants on Long in Cape Town, a store that specializes in contemporary African design stocking fashion, art and homeware sourced from around the continent.

Creative Director of Tiffany Amber, Folake Folarin-Coker says of the exciting expansion news “This year we will be celebrating 15 years since the launch of our brand and while we have focused mainly on our home territory of Nigeria up until this point, the time has come and the demand has risen enough for us to make our pieces more available to shoppers outside of this region. We are excited to be collaborating with these three outlets; who individually have amazing history and are fantastic success stories. 2013 has gotten off to a great start for our brand and we look forward to announcing more partnerships, collaborations and expansion in the very near future!”